Todd Brown
Founder and Editor; Toronto, Canada (@AnarchistTodd)
Tweet Post Submit
The Netherlands has been producing a remarkable amount of impressive young talent over the past few years and it would appear that now is the time to add Sam de Jong's name to that list. de Jong makes his feature debut with Prince, the opening selection of the Generation 14+ section at the Berlinale, and while it may be in a youth section the presence of Vice as a co-producer should tip you to the fact that this is no after school special.

It's hot in the suburb where Ayoub and his sister are growing up. If you have money here, the odds are it came from some sort of hustle. The boys hang out on the street, chew pumpkin seeds and talk about motorbikes, Rolexes and how to kiss girls properly. Ayoub is in love with pretty Laura, but she's going with one of the really tough guys. If Ayoub wants to compete, he's going to have to think of something. And it's at that moment that the guy with the pastel purple Lamborghini shows up, a real psycho that everyone's always warned him about.

With the premiere later today we're proud to present the first poster art for the film below and, for those who like their pictures moving, we've got the teaser as well. 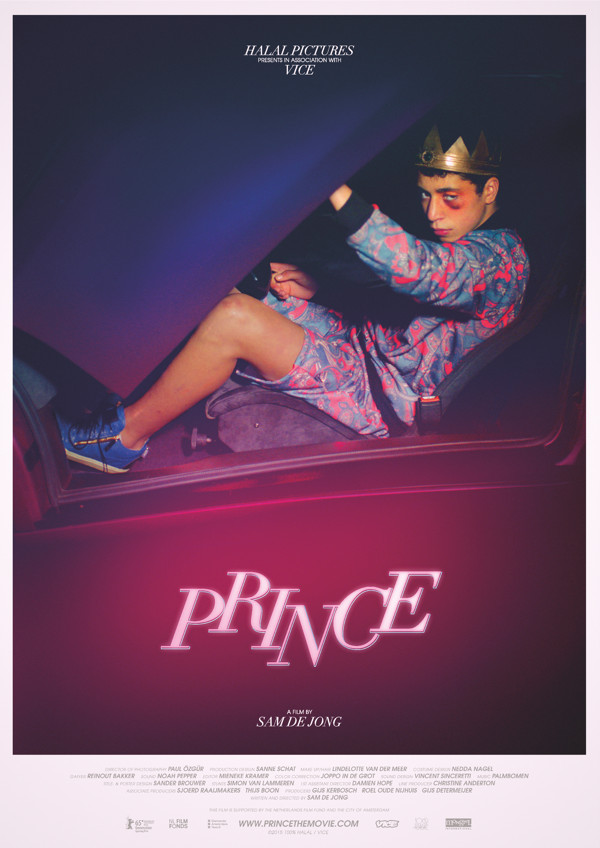 PRINCE teaser from 100% Halal on Vimeo.