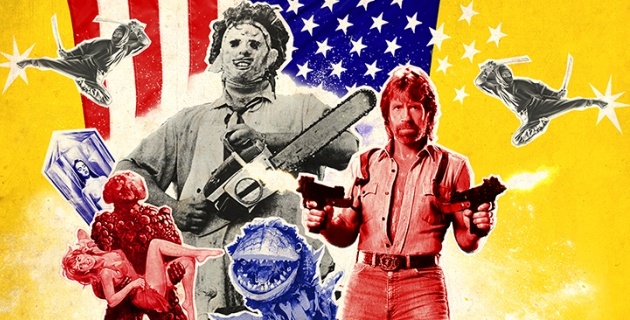 Next week the Offscreen Festival in Brussels will start, providing an eclectic mix of films and events from the 4th of March till the 22nd of March. Most of the content can be considered "genre", as the festival has a strong slant towards action, horror, fantasy and science-fiction.

The Offscreen website has released the full programme, so here is an overview of the segments this year. Check out the gallery below, and click on the edge of the images to go to the next slide.

And please use the comments to chime in with your own recommendations and anticipations! 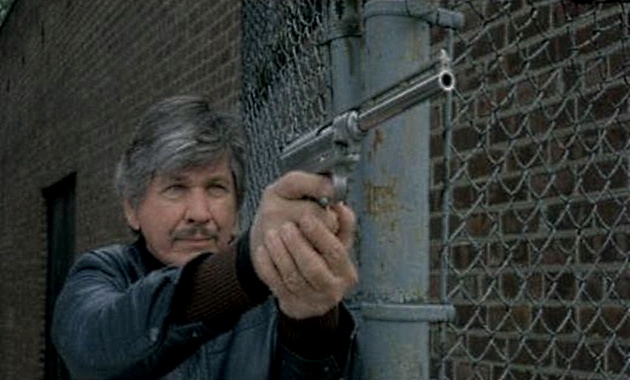 In the 1980s, the Israelian cousins Menahem Golan and Yoram Globus set up a movie business like no other, bringing a deluge of unheard-of business practices and action films through their company Cannon. This year, the Offscreen Festival shows a selection of their output, and the documentary Electric Boogaloo: The Wild, Untold Story of Cannon Films.

These are the action "Cannons" being shown:

But there are also some of the more surprising, less specifically action-oriented titles: 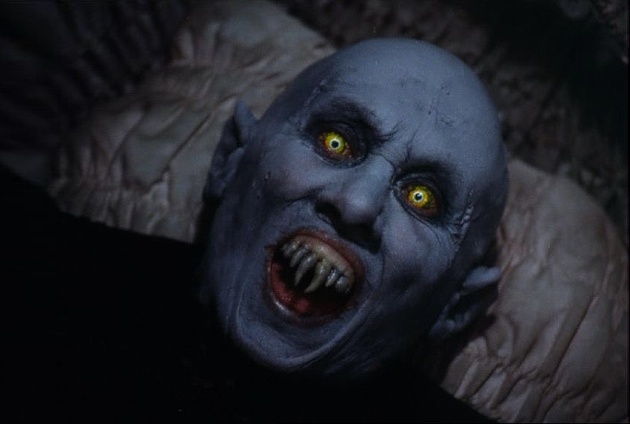 The director of the legendary original The Texas Chainsaw Massacre will be present at the festival, even giving a masterclass in which he will divulge a few tips on film editing, and what working in Hollywood is like.

The festival will also screen many of his films this year, including some hard-to-find gems. Check out this list: 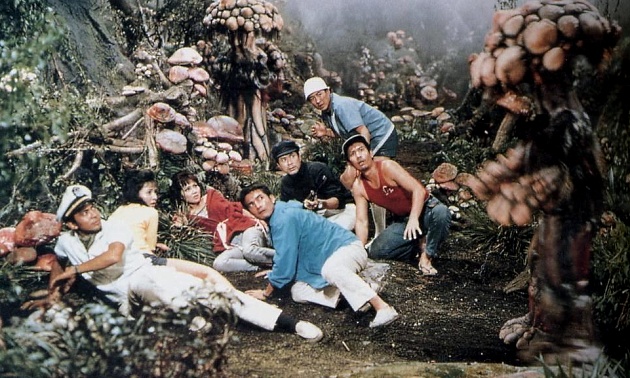 One of the quirkier parts of the festival, this is a selection of horror and science fiction films featuring plants. Check out these titles:

And on top of that, there is the plasmodial slime mould documentary The Creeping Garden. 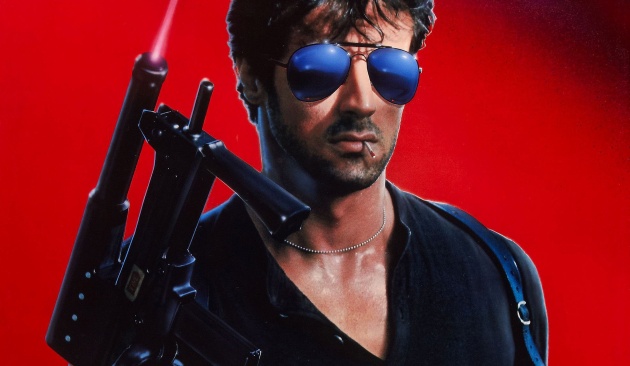 Films are fun, but festivals always provide stellar opportunities to discuss cinema with fellow film fans. At Offscreen this year there is a symposium and a lecture about "Reagonite Cinema", in which the supposedly liberal left-wingish Hollywood suddenly made very right-wing films, in which action always speaks louder than words and the United States of America can be trusted to right all wrongs in the world, often with a liberal (haha) helping of guns, like in the 1986 film Cobra (pictured above).

For the more anti-establishment minded, there is a tribute to the late Belgian filmmaker Jean-Jacques Rousseau, and a tribute evening for the recently demolished ABC sex film theater.

And on the "Shortscreen" evening, all of the shorts at this year's festival will be shown, with introductions by their makers.

Ruined Heart - Another Love Story Between a Criminal and a Whore

Filipino director Khavn de la Cruz remade his own short film from 2012 Ruined Heart - Another Love Story Between a Criminal and a Whore, this time as a full feature starring Asano Tadanobu, and with Christopher Doyle behind the camera.

Check out the trailer here. 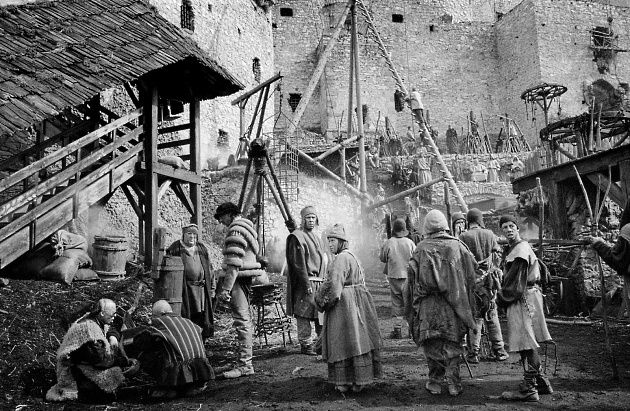 Hard to Be a God

Russian director Alexei German spent 12 years trying to finish this adaptation of a science fiction novel by the Strugatski brothers, six years of which were dedicated to the actual shoot. The end result is a labor of love like no other, even though it looks like a three hour long black and white walk through a filthy, muddy cesspool. In it, we follow a scientist on a planet which is very much like Earth, humans and all, but which has been stuck for centuries in medieval times. Attempts to prod its society towards progress of any kind keep failing spectacularly...

You can read my baffled and bemused take on the film here. 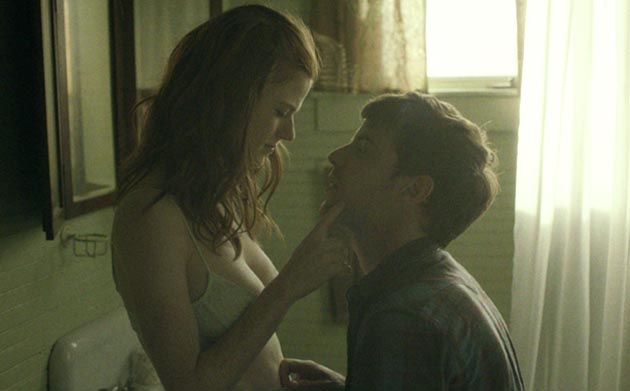 Our Festivals Editor Ryland Aldrich calls Leigh Janiak's debut film "a taut thriller that very quickly gets up to full speed - and once there, plunges the audience face first into the realm of terror." 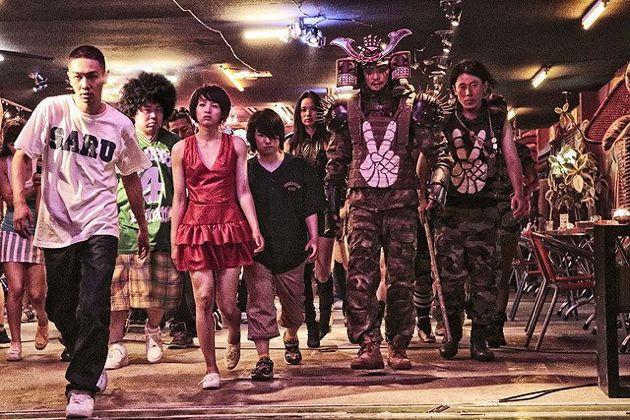 One of the most outrageous films to come out of Japan lately (and THAT's saying something!), this hip-hop musical features an asinine story, exaggerated visuals, just about any actress willing to go topless in East Asia, and Takeuchi Riki not just chewing but fucking the scenery. This is director Sono Sion showing his most gloriously playful side.

Reviews are all over the place for this baby, running from hate, to love, to the ecstatic, like Jaime's review! 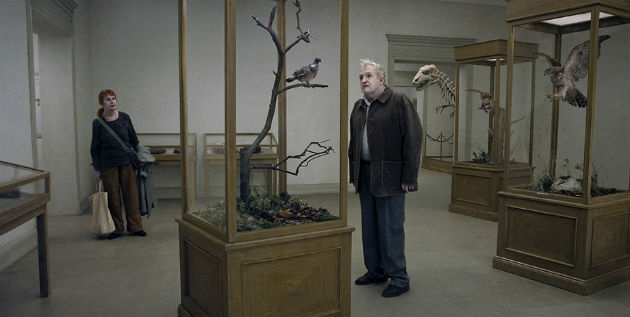 A Pigeon Sat on a Branch Reflecting on Existence

In Roy Andersson's newest film, he follows two salesmen who sell absurd items, and who meet absurd people with even more absurd stories.

Martin Kudlac calls it a masterpiece, so check out his very positive review here! 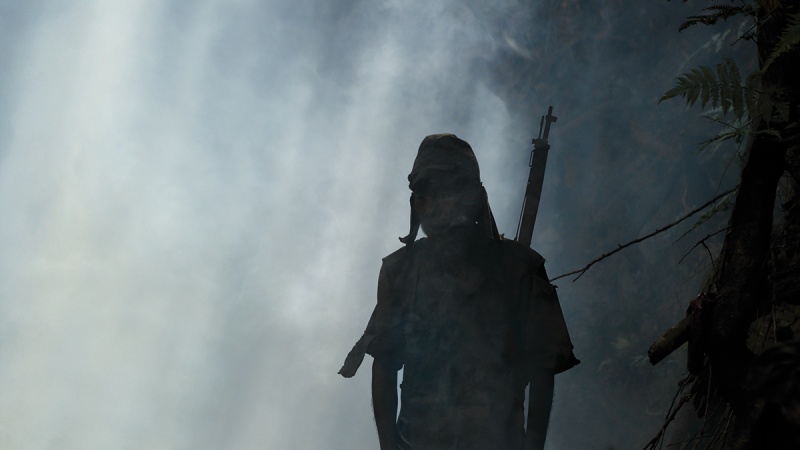 Fires on the Plain

Tsukamoto Shinya adapts, directs and stars in his own unique take on Ooha Shohei's famous novel, about World War Two being a hell on Earth in South East Asia. Sickness and explosions accompany a soldier on his trip into an awful patch of inhumanity. 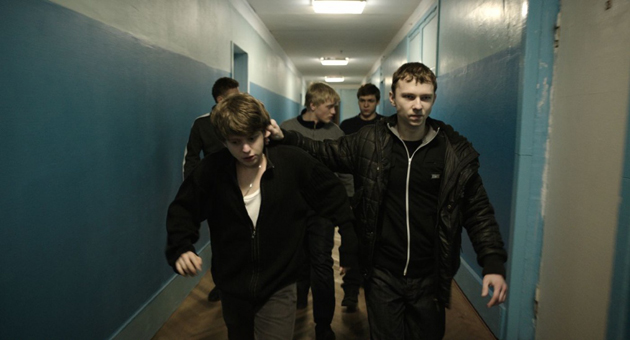 Director Myroslav Slaboshpytskiy's film about young criminals surviving in a school for the deaf-and-dumb, shot in un-subbed sign language, made many of our 2014 Top-10 lists. At this point the film is basically doing a victory lap around the world, and now Brussels has its chance to see it. 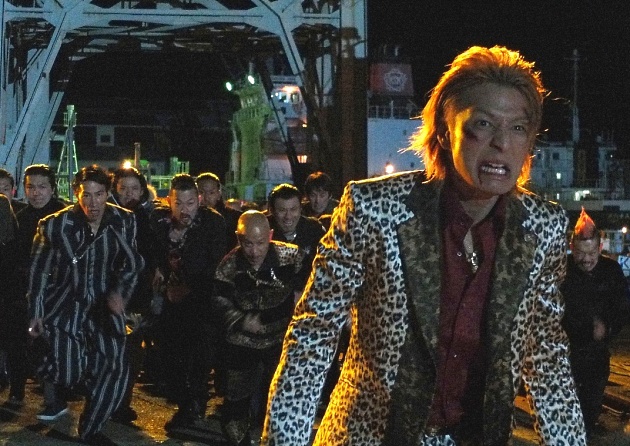 Miike Takashi's wicked sense of fun often shines through in this tale about a stupid cop infiltrating Japan's most dangerous Yakuza gang, and there are plenty of laugh-out-loud moments.

You can read my review here. 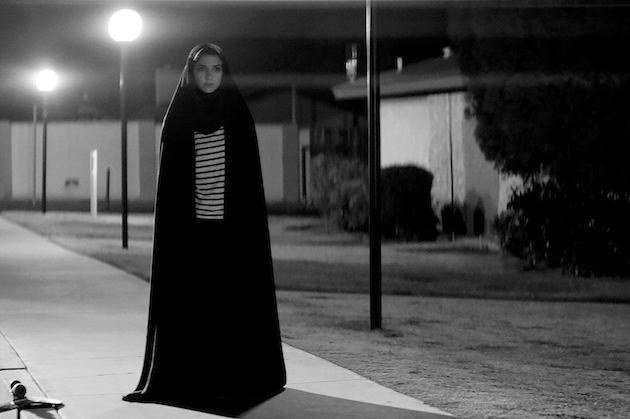 Oozing with style, Ana Lily Amirpour's Farsi-spoken vampire flick was a big surprise at many a festival, and now it arrives in Belgium.

Ben Umstead was a bit lukewarm, as mentioned in his review, but many others were much tickled by this film. 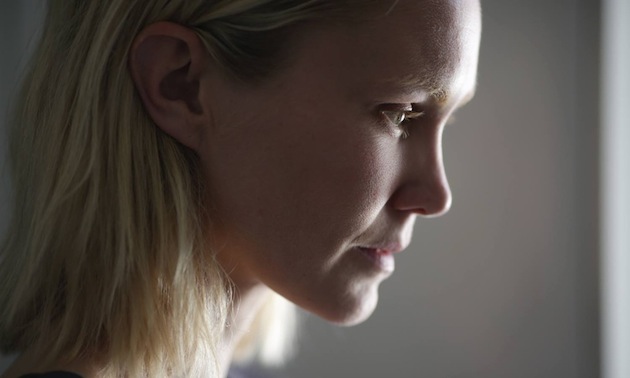 Norwegian writer Eskil Vogt's directorial debut shows the town of Oslo, as imagined by a person who has become blind. Some things she cannot remember what they looked like, and she replaces those with her own fabricated version, leading to a deeply sad but fantastical world.

The Duke of Burgundy

In Peter Strickland's film, we see two women, one a house-owner and one her abused servant, but soon this divide turns out to be rather blurred.

You can read Kurt's review here, and suffice to say he had a lot of fun with this film. 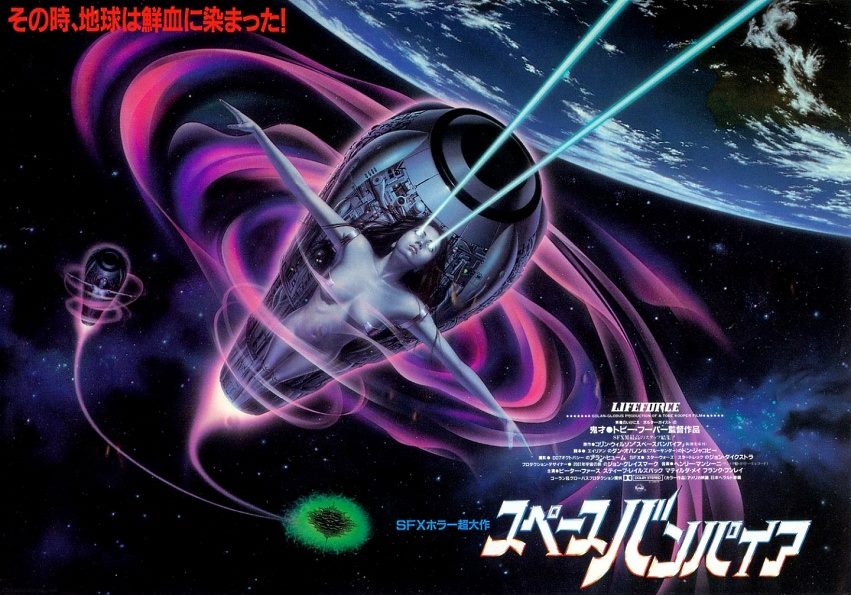 Yes, I mentioned Lifeforce already during that bit about Tobe Hooper. But this Japanese poster for the film is too awesome not to use here. I mean, I was 15 years old when this film played cinemas, meaning I wasn't allowed in at the time. Can you imagine seeing this poster at that age and NOT being intrigued silly about it?! Women in space, shooting laserbeams out of their eyes while riding rockets, naked, leaving what looks to be Dracula's space-fortress?
Whoa!!

This one title probably encapsulates best why I love film festivals so much: they allow us all a chance to see batshit-crazy films like these once more in a theater, with a loving audience present.

Do you feel this content is inappropriate or infringes upon your rights? Click here to report it, or see our DMCA policy.
BrusselsCannon FilmsOffscreen Film FestTobe Hooper