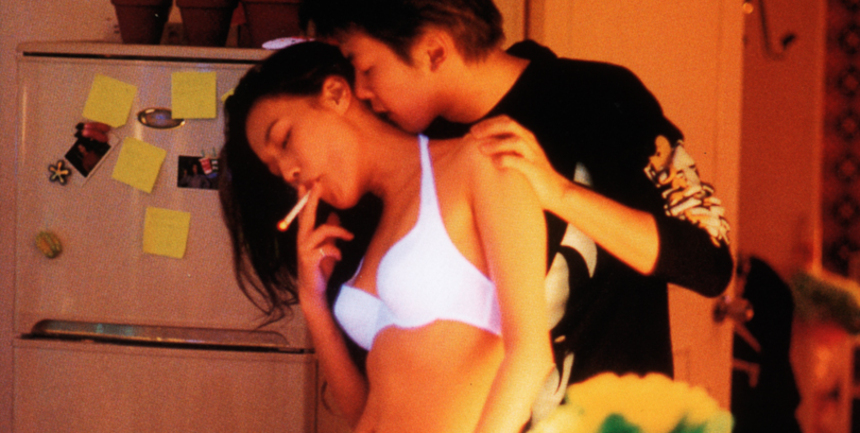 While we've been rather fixated on the Alex de la Iglesia retrospective running at Toronto's TIFF Bell Lightbox right now - as we should be, being that we're presenting it - there's plenty of other good stuff going on there, too. Such as? How about a lengthy retrospective of the films of Taiwanese auteur Hou Hsiao-hsien? That series is going on right now, too, with a screening of his classic Millennium Mambo hitting the big screen on March 1st at 6:30 pm. And we've got a pair of tickets to give away!

Hou's In the Mood for Love, Millennium Mambo captures the sheer weightlessness, the inertia and amnesia of life in contemporary Taipei by focusing on free-spirited bar hostess Vicky (Hong Kong diva Shu Qi) as she floats into the new millennium, seemingly unfettered by work, love, or family. Following Vicky as she drifts from night to night, club to club, Ecstasy and techno fuelling and flattening her abandon, Hou foregoes his stately rhythms and formal tableaux for the throbbing, spectral beat of rave music and a nervously roving, claustrophobic camera, which uses an 85mm lens to brings things so close that they can be blurred, obscured, or oddly cropped, rendering Vicky's neon-lit world chaotic and indecipherable. (Hou describes the visual approach, devised with genius cinematographer Mark Lee Ping-bin, as that of a microscope.) Less atypical of Hou than it first appears, Millennium Mambo is a ghost story, but what has died is more than a single soul -- voided of history, memory, a sense of being and belonging, there seems to be no consolation in this "city of sadness." Braver and more beautiful than many contemporary films, Millennium Mambo is an extraordinary experience: by turns irritating, hypnotizing, maddening, and moving.

For your chance to win, just email me here and name another film by Hou that starred Shu Qi. Winner will be drawn at random.

Do you feel this content is inappropriate or infringes upon your rights? Click here to report it, or see our DMCA policy.
giveawayhou hsiao-hsienmillennium mamboshu qi