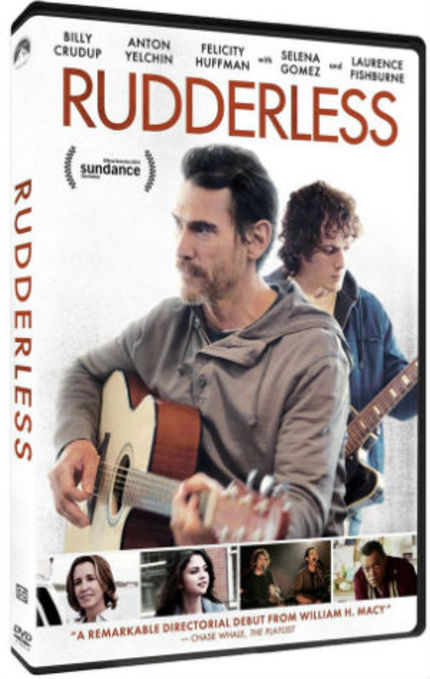 The directorial debut of the great actor William H. Macy, Rudderless, is available today on DVD, and we have three copies to give away. Read on to learn how. (Spoiler: it's easy!)

The film debuted at the Sundance Film Festival last year. Here is the official synopsis:

Rudderless tells the story of Sam, a father (Billy Crudup) whose life is torn apart by the sudden death of his son. When Sam discovers a box filled with his son's demo tapes and lyrics, his own child's musical talent is a revelation for him. Sam learns each song and eventually musters the will to perform one at a local bar. When Quentin (Anton Yelchin), a young musician in the audience, is captivated by the song, the unlikely duo forms a rock band that becomes surprisingly popular and revitalizes both of their lives..

(Note: the contest is now closed. Thanks to all who entered!)

So if that sounds like your kind of music-themed drama -- and why not, it's free! -- allow me to note that this giveaway is for U.S. residents only. If you qualify, please send us an email with your name and mailing address and confirm that you are a U.S. resident and that you want to watch William H. Macy's directorial debut. We'll select three people at random from entries received by 11:59 p.m. E.S.T. on Thursday, January 22, 2015.

The Rudderless DVD is presented in widescreen enhanced for 16:9 televisions with English 5.1 Dolby Digital and English, French and Spanish subtitles. The DVD includes the following:

-- "Hold On" Music Video with Selena Gomez and Ben Kweller