Superstar Rajinikanth Returns In The Teaser For LINGAA 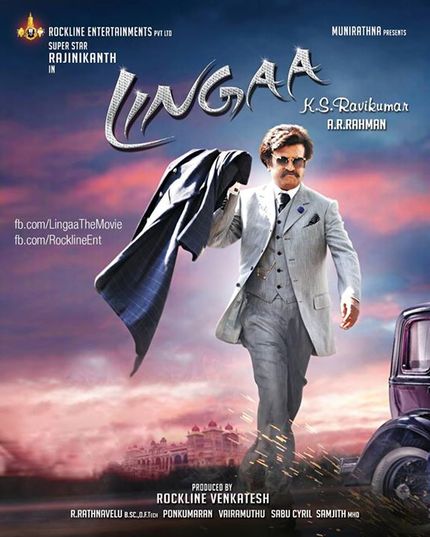 It's been a long 4 years since a live-action Superstar Rajinikanth strutted cinema screens in Shankar's brain-melting Enthiran. In the meantime, Superstar limped onto cinema screens in motion capture dud, Kochadaiiyaan, made while he was recovering from a pretty severe illness that derailed the shooting of Eros International's costume action film, Rana. With the predicted December release of KS Ravikumar's Lingaa, it looks like we will get our first proper Rajni film in far too long.

As usual, very little is known about the film's plot, however, the producers at Rockline Entertainments (sic) have been gracious enough to provide the world with a brief first look at our superstar's magnificence with a blissfully garish and context free teaser. Superstar is accompanied by south Indian beauty Anushka, and Bollywood starlet Sonakshi Sinha, neither of whom have any charisma to speak of, but they aren't really the point anyway.

To the casual viewer, there might not be a whole lot to get excited about in this teaser, but to the Superstar's fans, any glimpse of Rajinikanth showing off his trademark swagger is worth cheering. We've been promised a full trailer later this week, but in the meantime, bask in the glory of Superstar Rajinikanth's Lingaa teaser

Do you feel this content is inappropriate or infringes upon your rights? Click here to report it, or see our DMCA policy.
K.S. RavikumarPon KumaranRajinikanthAnushka ShettySonakshi SinhaJagapathi BabuActionComedyDrama