That "Other" Somali Pirate Movie: An Interview With FISHING WITHOUT NETS Director Cutter Hodierne 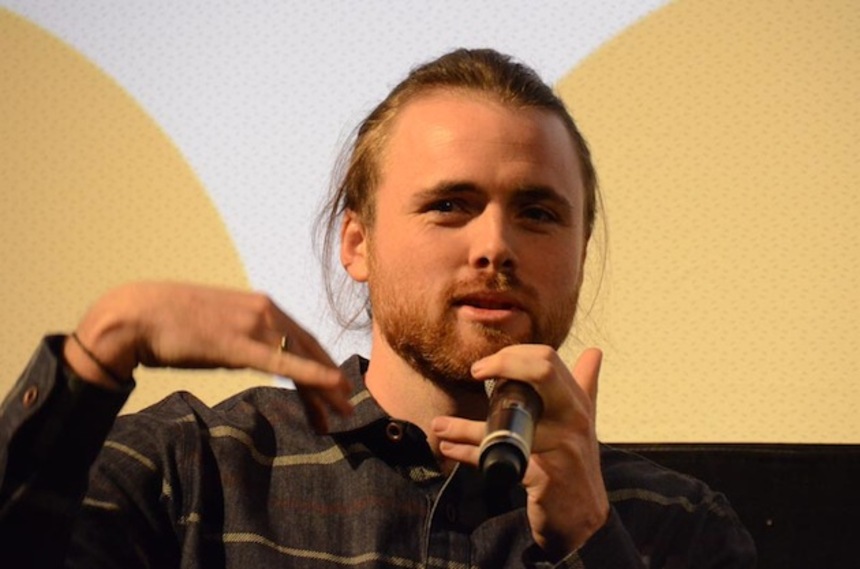 Film audiences are, by now, more than familiar with the concept of Somali piracy, either through the reporting of international news agencies, or through a certain hit movie starring Tom Hanks that came out last year.

However, one year prior, Cutter Hodierne made an independent short called Fishing Without Nets that told the story of Somali Piracy from a different, and more humanized point of view. The feature version of Hodierne's film, released in a partnership with Vice Media (the first feature film outing for the organization) made waves at Sundance, and is just beginning its theatrical run.

I sat down with Cutter here in New York to discuss his first feature narrative, and shed some light on a film that tells a somewhat familiar story from a completely fresh and fascinating perspective.

ScreenAnarchy: What attracted you to this kind of story?

Cutter Hodierne: News articles, basically, and news coverage of piracy, back in like 2008 and 2009. I really got kind of fascinated with piracy in a way I had never been attracted to any subject before. Based on what I was reading, I really wanted to do something like Traffic, where you were sort of seeing everything. What I kept coming back to was "Who are these guys and why are they doing it?" I was just so attracted to who those characters were that I knew from a filmmaking standpoint that I had to do something around these guys.

On that note, one of the most fascinating aspects of the film is seeing the POV of the pirates and these internal conflicts and class divisions even amongst their organization. How did you go about researching this sort of material?

I would speak to anybody that I could. To guys who worked with pirates, negotiators, guys who were making the money drops, people who worked for shipping companies, former CIA guys, I interviewed a pirate who was in jail...everybody who I could get to and talk to about this.

What I was getting was that there was a real variety of ways that it was done. There were more organized groups with some sort of warlord backing them, who were better armed, and then there were guys who just found four guns and went out there sort of rag-tag. There were a bunch of different ways that it was happening. So basically, we based the pirate characters' dynamic off of a variety of things we were told in interviews and other articles we had read about how the back-end of these things works.

This film is based on a 2012 short of the same name. What was the journey like from short to feature?

The short film, it was all my own money and my own energy that I put into it. Just a feeling of, "I know I want to make this movie, I know there's nobody who's really going to recognize that this is...even if they recognize that it's a cool concept nobody's going to give me the money to make this into a feature from the perspective of the pirates."

I knew that if I showed people the look and the feel of this that it would help us get money to make the feature, and also that going to Africa would be invaluable in terms of our understanding of the situation and our ability to make it realistic. So it was critical to make that short, as difficult as making that short was.

But then we came back and had it kind of go beyond our wildest expectations. We knew up to that point, "OK, we made a short, we have a script, but really, now, what do we do?" We started to get this great momentum with [playing] Sundance and some other random things that started happening sort of lined us up with Vice to go and make their first fictional film. It was all kind of a process that came out of saying, "Dammit, we're making this movie, and we're going to make a short to show people that we can do it without them [laughter], and we don't need you anyway."

That's kind of a dick thing to say, but there's something to being able to show that you can, with close to absolutely nothing, make something pretty cool, and if you get just a little bit of money, you can go out there and come back with a feature. It kind of gave us confidence knowing we could go shoot a film in Africa. It helped in a lot of ways. 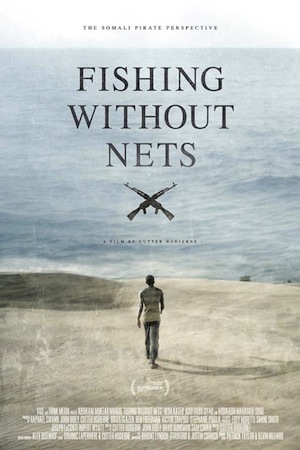 Most of the characters are played by non-actors. What was the "casting" process like?

It was probably similar to how a lot of filmmakers round up people to make a short. Like, "Well, this is my friend, he looks like he could play this role." It was sort of like that, but we did it in a community where we were just getting to know people and this was kind of like our icebreaker.

It really started with this one guy named Abu Bakr Mirre. He plays the chairman character in the film, but he's basically like...the go-to guy in Mombasa if you want to meet a bunch of Somalis, through someone they respect. He was like the key player, basically. Once we met him, he'd say, "When do you want to do auditions, this Saturday?" And he'd go out and round people up, y'know, "Do you want to come get famous in an American movie?" He had this sort of swagger about him that was really awesome, and he became one of our best friends there, just this larger than life kind of character.  He was critical. He made it less weird for us and we were able to just start befriending these guys and they'd start to see that we were really genuine about this, that we were here to do something cool with them, and we were seeking out their opinions and ideas.

I think they were really psyched. I mean, think about it: we come out of nowhere, from America, trying to make a Somali movie. There was definitely a little bit of "What are you guys doing? What's going on?" but once we got past that they were pretty stoked just to be making a movie. It became a matter of figuring out who the real personalities were, in real life, and that was who would be in the film, that's what we were trying to tap into.

A lot of these stories about global issues only really get noticed by media in the context of how they affect Americans, and Americans are notably absent in this film. Was that an idea you had from the get-go?

We definitely wanted to keep Americans out of it. What I was seeing through research, in 2009 and 2010, was that there were around 500 people being held by pirates in Somalia. The number of hostages being held was crazy, but the only ones you would hear about were from American ships. The only ones that would really get attention were European or American. There were all these people who would end up there for up to 24 months, and were sort of forgotten, were sort of in this limbo of negotiation. I thought that was really interesting, the fact that there was now this marketplace of people who had different value. An American was valued higher than a guy from the Philippines, or an African crewmember. To me there was something fascinating about this slave trade of hostages that formed.

Yeah. So I was like "I don't want the valuable hostages, I want to do something that has to do with a European guy who ends up on an African flagship who's kind of a journeyman sailor..." Those people who were kind of in the periphery and the underbelly as hostages, I wanted to get into that as well. To sort of show that everyone's a hostage here.

One last question: the movie makes no bones about the impetus behind all this exploitation and violence has to do with economic inequality, poverty, and other entrenched social problems. Is there anything you would suggest for audiences to get involved with?

I don't have any one that I'm really affiliated with. Those organizations are definitely out there. The only one I've worked directly with is an organization in the refugee camp in Kenya that does film workshops and stuff. I think, really, it's just a matter of awareness. This is water I don't really like to tread...my intention wasn't really to make an "issues" film. I'm not trying to make a sort of plea here for people. I just think it's an interesting angle to look at, that there's another story behind what we normally see.

Fishing Without Nets is now playing at the Cinema Village in New York City. Further theatrical dates can be found here. It will be released on VOD on October 28th.

Do you feel this content is inappropriate or infringes upon your rights? Click here to report it, or see our DMCA policy.
cutter hodiernefishing without netspiratessomali piratesvicevice films