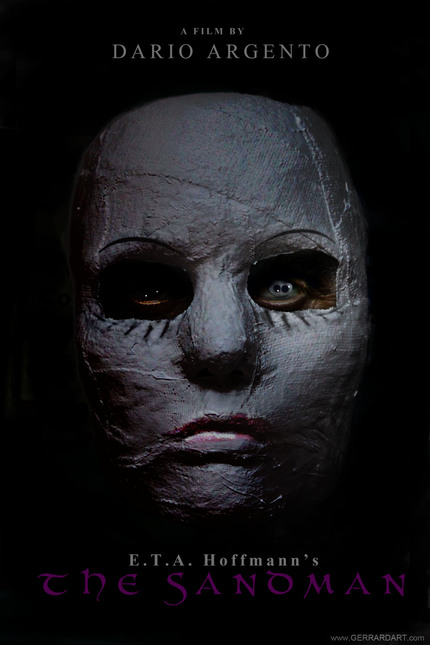 The headline says it all, really, iconic director Dario Argento has enlisted punk legend Iggy Pop to take the lead of his upcoming feature The Sandman and today has launched a crowd funding campaign to raise two hundred fifty thousand dollars to make the film a reality. You already know if you want to take part in this but find the complete press release below for details.

SAN FRANCISCO, October 9, 2014 - Legendary Italian horror director Dario Argento today launched a campaign for his latest film THE SANDMAN on Indiegogo, the world's largest crowdfunding platform. Starring iconic punk singer Iggy Pop as a serial killer dubbed "The Sandman", the sleek and contemporary thriller is set in the 21st century with deep and twisted primal roots stemming from the dark forests of Germany. The campaign kicks off Indiegogo's horror month. The month long celebration of all things scary will feature weekly blog posts from industry-insiders as well as a partnership with leading global cinema website ScreenAnarchy, which just celebrated their 10th anniversary.

Fans can contribute to THE SANDMAN campaign here.

"I was thrilled to read the script, because I recognized right away, this one was written for me," said Dario Argento, Director of THE SANDMAN. "I'm so excited that for the first time in my career, I will be able to involve my fans so early in the process and have them play an integral role in my next film. Also, working with Iggy Pop is amazing! Such an interesting and intense personality! I would not even simply say "actor" that does not cover it. I would rather say 'a unique presence'! Welcome to the unique world of THE SANDMAN!"

"I have long been thrilled and fascinated by the amazing films of Mr. Argento," said Iggy Pop, Lead Actor in THE SANDMAN. "All of which are master works. Yes, and also compellingly strange, beautiful, and full of relentless terror.  If I could play the Sandman for him it would make my life complete.  I hope I have not just written my own epitaph."

The script, crafted by David Tully, was specifically written for Argento to enable him to make the ultimate horror movie masterpiece with the complete directorial control for which he has long awaited. The film is brimming full of references to Argento's past classic horror films such as SUSPIRIA and DEEP RED, while standing on its own as a sleek contemporary thriller.

Claudio Simonetti, Argento's longtime musical collaborator (DEEP RED, SUSPIRIA, TENEBRE, PHENOMENA) has been tapped to compose the haunting score. Scott Weiland has crafted the song "Way she moves" which will be the title song for the film. The song was recorded by Scott Weiland and the Wildabouts and will also appear on their new record coming in February next year.

The Canadian and German film production team lead by producers Daniela Tully, Jeff Rogers and Rob Heydon, is looking to raise $250,000 to aid in making their and Argento's dreams of creating the ultimate nightmare into a reality. Fans will have access to incredible rewards for contributing such as personal messages from Dario and Iggy, THE SANDMAN set tours, and a role as a black-gloved killer in the film!

Do you feel this content is inappropriate or infringes upon your rights? Click here to report it, or see our DMCA policy.
crowd fundingdario argentoiggy popindiegogoscott weilandthe sandman