Busan 2014 Review: WE WILL BE OK Hits Its Stride Too Late In The Game 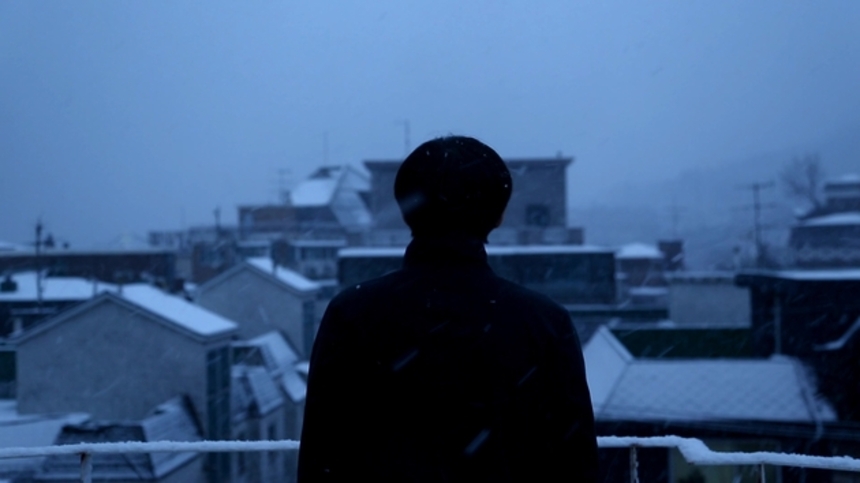 Writers are told to write about what they know, so it stands to reason that the same rule should apply to filmmakers. As a result, many films take place within the film world and in the Korean industry this proves no exception. Indie debut We Will Be OK highlights the divide between the amateur and professional worlds in Korean film, placing emphasis on the inner anxieties that plague aspiring filmmakers.

Sang-seok is a young actor who teaches acting classes while he loiters around, hoping to land his big break in the industry. His friends Tae-hee and Jae-ho are in a similar predicament, and when Jae-ho proposes that they shoot a script he wrote, they slowly warm to the idea and find some people to help them with their amateur production. Lacking experience and focus, Jae-ho turns out to be ill-suited to the task of directing and the film quickly falls apart. Losing hope in his chosen calling, Sang-seok seeks out the comfort of Mi-so, a woman he shared brief history with who won't return his calls, and ponders over his direction in life as the Mayan date for the end of the world approaches

A pair of narratives featuring struggling actors breaking out before falling prey to the trappings of fame premiered at the Busan International Film Festival last year (Rough Play and Top Star) and this year, We Will Be OK, which makes its bow in the festival's New Currents section, follows in their footsteps. Two smaller Korean films that it shares far more in common with are Cheer Up Mr. Lee! and Director's Cut, which both debuted at the Jeonju International Film Festival. Dealing with young filmmakers who let their egos get in the way, all three films share similar characters and narratives, not to mention a similarly unpolished aesthetic.

Filmmaking is a fascinating milieu that is often fruitful fodder for film narratives but more than most, these are vulnerable to criticism as we expect illuminating stories to be matched with clever filmmaking. Real time shots of people reading and writing long texts don't scream filmmaking know-how, and as these appear early and often in We Will Be OK, along with a few other faux-pas, the film doesn't put its best foot forward.

Good performances and a quiet but effective dissection of a young man's malaise and career anxiety go some way towards remedying this rocky start, but We Will Be OK doesn't find its way until very late in the day, by which point it will already be too late for many. What the film lacks is heart and a raw personality, the chief ingredients that made Shin Su-won'd debut Passerby #3 (2010), another film based on experience trying to break into the biz narrative Korean indie, so successful.

Where the film does differ is in its metaphorical tangent, where the lead and girl introduced later in the film await the end of the world. As a metaphor for the protagonist's career prospects, it's effective, particularly during Sang-seok's surprising monologue, but it does feel a little tacked on, failing to gel with what has transpired before.

At its best, We Will Be OK is a subtle and intriguing character study, particularly in its solid climax, but as it comes off as self-pitying for most of its running time, this debut by Baek Jae-ho sadly falls short of the mark.

We Will Be Ok