James Franco Is All Set To RANT 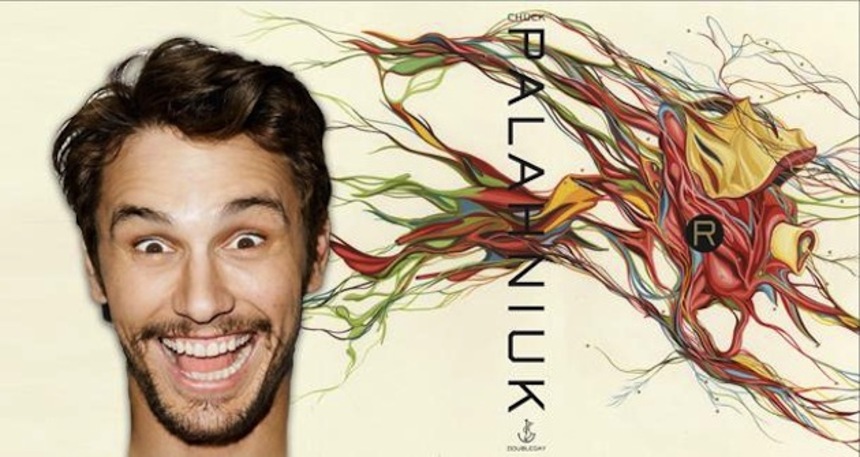 If there are two names that get people flapping and flaming their lips more than most, that'd be renaissance man extraordinaire James Franco and mostly author Chuck Palahniuk. And now since Franco has optioned the rights to Palahniuk's novel Rant, you'll be able to get all your earnest fan boying or bashing out in just one helluva breath.

The news broke over at Lit Reactor, by ScreenAnarchy's own Joshua Chaplinsky who acts as LT's managing editor. The source? Palahniuk himself. Here's CP's statement:

As of last night we've finalized a deal for James Franco to option my novel Rant.  Details about the casting, shooting and a proposed release date will be forthcoming.  Hurray.  After the opportunity to work with Brad Pitt, Edward Norton and Sam Rockwell, I can't imagine a more exciting actor to work with than Franco.

For those unfamiliar with Rant (like myself) here is the novel's synopsis:

Buster "Rant" Casey just may be the most efficient serial killer of our time. A high school rebel, Rant Casey escapes from his small town home for the big city where he becomes the leader of an urban demolition derby called Party Crashing. Rant Casey will die a spectacular highway death, after which his friends gather the testimony needed to build an oral history of his short, violent life. With hilarity, horror, and blazing insight, Rant is a mind-bending vision of the future, as only Chuck Palahniuk could ever imagine.

While many people seem to be up in arms about Franco continually making movies out of prestigious or well-liked books (Child Of God, and the currently in production Zeroville) I can't fault the guy for going for it. He's playing in a toy box few of us have access to, but what's more is he seems to always be keen in inviting others in to play with him (at least if you were an NYU student in the last few years).

As Rant and Franco go, well, it sounds like the perfect marriage of material and a mind mad enough to take it on.

*please note the headline photo is courtesy of Lit Reactor. Thanks, JC.