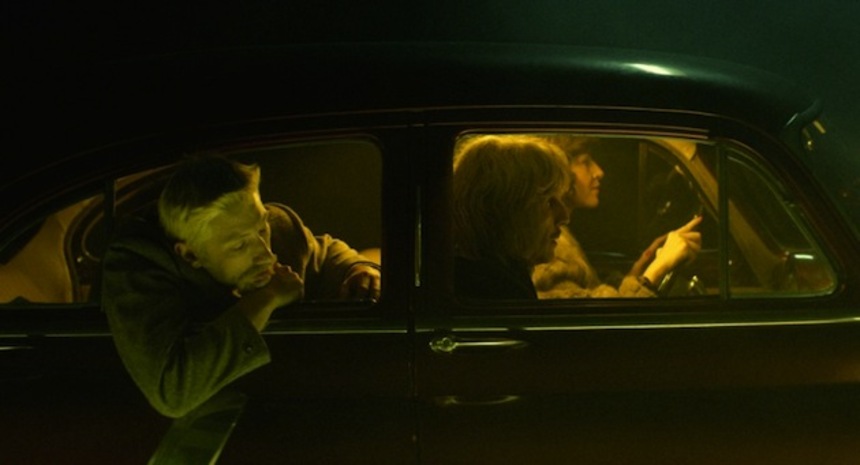 If you're craving electronic music, handmade sets and 80s cinema homages aplenty with your basic vampire lore, then Yannis Veslemes' debut feature Norway is one to keep an eye on.
By no means a cult classic, the film is wonderfully weird in tone and tempo, heralding the arrival of a DIY talent that will surely conjure up even more fantastic treats in coming years.

Veslemes' influences for his off-beat little world are many and worn right on the sleeve. The obvious homage to anything Terry Gilliam is an easy one to spot, what with homemade model sets for many of the exterior and establishing shots. Fans of Alejandro Jodorowsky, Dušan Makavejev and other transgressive cinema of the 70s will be pleased too. While the film's grimy, piss-yellow cinematography recalls exploitation and noir flocks alike.

The pleasant surprise for me came in the film's fairy tale/ adventure-fantasy wonder. While most of these strokes are broad, the most special homage comes in Zano's dream where he is flying in the air on a half-couch, half-deer creature which feels reminiscent of Gump from the (I think) underrated 1985 Return To Oz. And in a roundabout way the film may inspire some to remember all the schlocky late night movies Elvira introduced.

This inherent b-movieness came to mind during the film's best sequence: Zano, femme fatale Alice and Norwegian drug addict and recently turned Peter, dance their way across a warehouse's upper floor to the tune of some old Greek pop song which rises with the chorus "Dracula, Draclula, Dracula." They then make their way to an old bearded man on life support, who introduces himself as Bram Stoker. Zano has been tasked by Alice and her cohorts to turn him. As it turns out the guy is an imposter, his true identity being that of someone far more famous (and dangerous) than Bram Stoker.

From this point on Norway gets a little too serious and political for its own good, losing most of its good-times/divy edge it strutted along to for its first two-thirds. This groove is regained though by the closing credits which features a festive Zano in a LED lit suit.

The film's good graces come largely from Veslemes' delight in anything retro, from the music he scored to the taxidermy heavy production design. It's all rather infectious and playful, rarely annoying and never heavy handed. Nice details of the world include human blood being yellow and blue, while vampire blood is red. The title itself refers to the drug addict Peter, but also to what appears to be a fictional quote that arrives at the top of the film:

"Norway will come down to the Mediterranean."

This is, of course, referencing the cold up north, and the overly chilly vampire himself. The film is short enough at 73 minutes to never overstay its welcome, making it a cute double feature with Jim Jarmusch's just as quirky if far more meaningful Only Lovers Left Alive.

Norway is then exactly what it needs to be: fun. No doubt it'll make you wanna suit up, drink up, and dance the night away.

Do you feel this content is inappropriate or infringes upon your rights? Click here to report it, or see our DMCA policy.
Fantastic Fest 2014greecenorwayYannis Vesleme