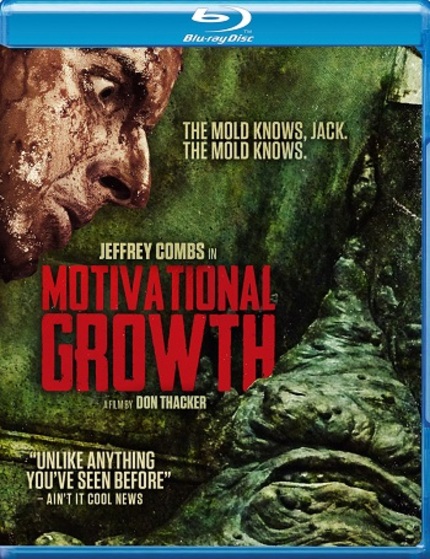 For those of you waiting to watch Don Thacker's Motivational Growth, or own a copy of your own, here is the news you have been waiting for. Three distribution companies are teaming together to bring the festival hit to small screens around North America.

Indiecan Entertainment, Parade Deck Films and Devolver Digital have teamed up to release Don Thacker's sleeper festival-hit Motivational Growth (starring genre-legend Jeffrey Combs). The film will hit VOD worldwide on September 30th (via Devolver in most countries, and Indiecan in Canada), Blu-Ray & DVD in Canada on the same date, and DVD in the US the following week (via Parade Deck), on October 6th. Also, as a bonus for those attending FanExpo/Festival of Fear in Toronto (August 28th - 31st), advance copies of the film will be available at the Indiecan booth (#5412).

The DVD release will include a commentary track (with actors Jeffrey Combs and Adrian DiGiovanni, and director Don Thacker), a photo gallery and trailers. The Blu-Ray edition will also include some additional behind the scenes material.

I caught this during Toronto After Dark last Fall and quite enjoyed it. So much so, that the distributors created a pull quote from my review, "Odd. And funny. And Gross. And Touching. It defies description and definition". You can see that on the back of the release cover below. I have no shame. 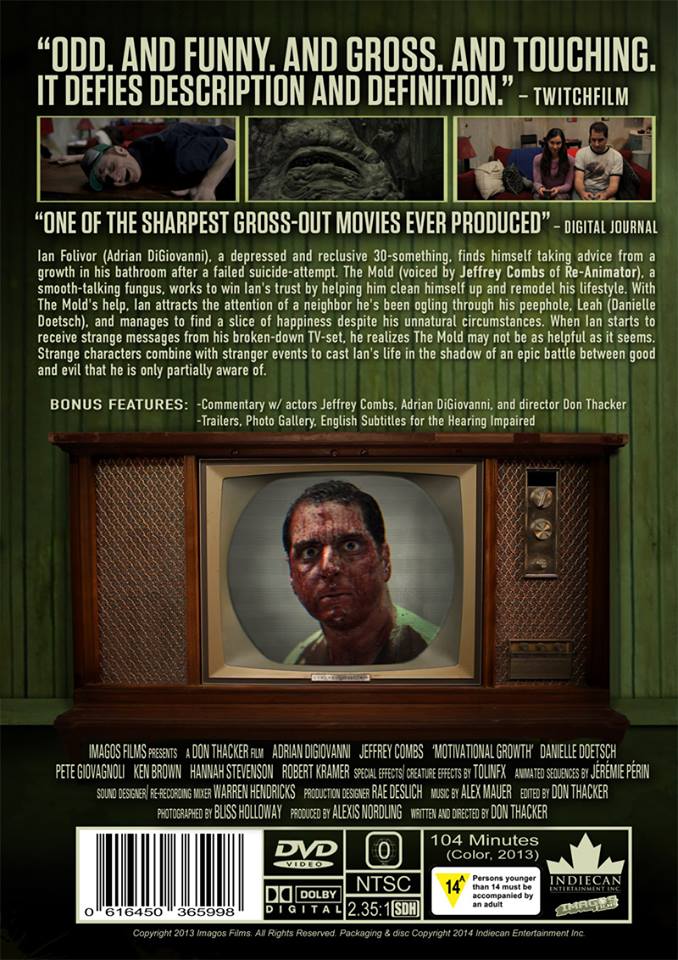 Do you feel this content is inappropriate or infringes upon your rights? Click here to report it, or see our DMCA policy.
Don ThackerJeffrey CombsAdrian DiGiovanniDanielle DoetschPete GiovagnoliComedyDramaFantasy