Review: AND SO IT GOES, Easy To Enjoy, Easy To Forget 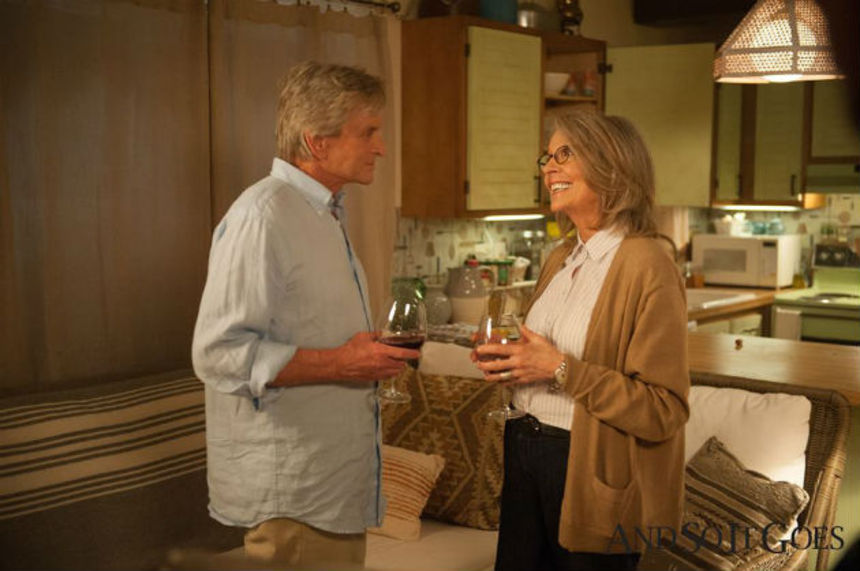 Rob Reiner has gotten a bad rap. His latest film, And So It Goes, will not change that.

From Reiner's very first feature, This Is Spinal Tap in 1984, the filmmaker has trafficked freely in genial, heartfelt, genuine sentimentality, as well as a frank nostalgia for days gone by. That matched the tenor of the times, especially for film fans who felt swamped by the growing blockbuster mentality being cultivated in Hollywood. His films were never as raw or incendiary as the independent films that were increasingly demanding attention, but The Sure Thing, Stand By Me, The Princess Bride, When Harry Met Sally, Misery, and A Few Good Men represent an impressive string of well-crafted, populist, mainstream movies

In 1994, North was a major misfire, and even though he bounced back with The American President, his career since then has been filled with a few hits and, mostly, misses. This has little to do with his abilities as a filmmaker -- he continues to demonstrate a sure command of the medium -- and almost everything to do with changing audience tastes.

The biggest complaint that could be lodged against him is that he sticks to territory that is familiar and well-mined. But because he has had the audacity to make movies that feature older actors in lead roles lately, he's been written off in some critical quarters as a director of movies for old people, as though appealing to a geriatric audience is somehow less valuable or worthwhile than pandering to a geek or young adult audience.

And So It Goes features Michael Douglas (The American President) as Oren Little, a curmudgeon, a retired real-estate broker who has never recovered from the death of his wife. He uses that tragedy as a shield for his reprehensible behavior, never displaying a bit of kindness or polite consideration toward his neighbors in the double-duplex that he owns. All he wants to do is sell the multi-million dollar mansion where he and his wife once lived, so he can move to Vermont and live out his days in peace, quiet, and isolation.

His adult son, however, is intent on throwing a stumbling block in his way. Sentenced to nine months in prison, the former drug addict is desperate for someone to take care of his daughter Sarah (Sterling Jerins), and, ignoring Oren's refusal to accept responsibility for a granddaughter he's never met, basically dumps her on Oren's doorstop and drives away quickly.

It doesn't require any imagination at all to guess that Sarah will, eventually, melt Oren's heart and turn him from a curmuedgeon into a crusty old grandfather, especially with a convenient older woman of appropriate age living next door and quite happy to accept the role of grandmother. That the neighbor is played by Diane Keaton only adds to the certainty that romance will bloom along with long-dormant paternal instincts in Oren's stone-cold heart. 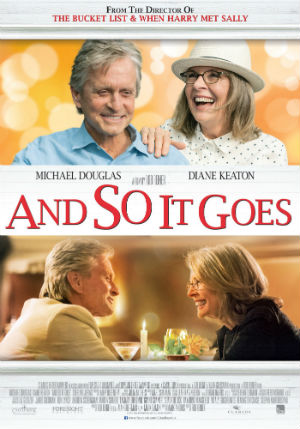 And so Oren Little finds himself slowly succumbing to the charms of his new granddaughter and the lady next door. His past sins are not whitewashed entirely; his tendency toward racist thinking is muted but still offensive, and his demeaning attitude toward women should get him slapped more than it does. Yet he realizes he must make concesssions, or at least try to do so, or else he really will end up completely alone and isolated, which isn't quite as appealing in reality as it may appear in fantasy.

Working from a script by Mark Andrus (As Good As It Gets, Life As A House), Reiner wrings every laugh possible out of the material. His second collaboration with Reed Morano, a veteran indie director of photography, yields similar beauty in the natural surroundings as in The Magic of Belle Isle, and it probably helps that Magic editor Dorian Harris performs the same duties here.

Douglas and Keaton are consummate professionals, and easily shift from comedy to drama, though there's only a small amount of heavy lifting involved. Mostly they are called upon to play themselves, and they do so in a charming manner. And So It Goes is a gentle, heartfelt, and often funny concoction that is easy to enjoy, even if it's also easy to forget.

The film opens wide in theatres across Canada and the U.S. on Friday, July 25. Visit the official site for more information.

Do you feel this content is inappropriate or infringes upon your rights? Click here to report it, or see our DMCA policy.
Diane KeatonMichael DouglasRob Reiner