Destroy All Monsters: The Fault In Our Reading 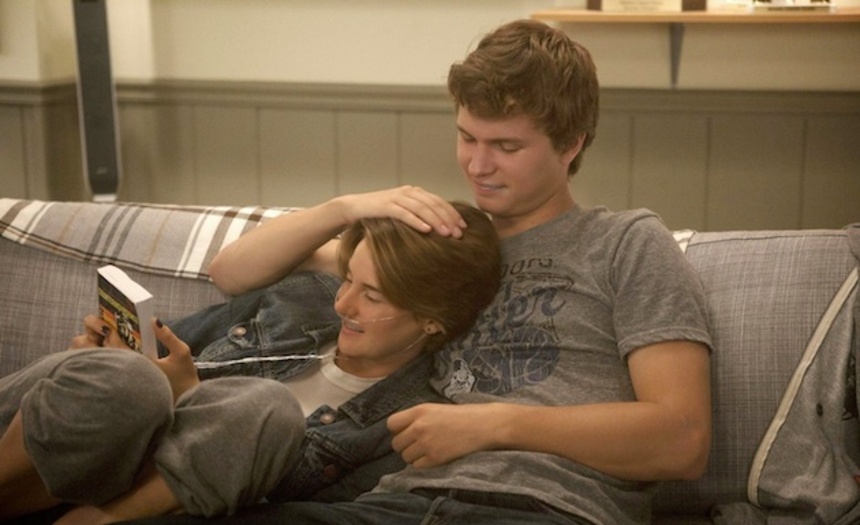 Intellectual bullying met deep-seated insecurity in spectacular fashion last week, when Slate took the release of the mega-profitable film adaptation of The Fault in Our Stars as an opportunity to declare that all Young Adult fiction, everywhere, is bad. It was the sort of laughably inadvisable click-baiting that deserved to be summarily laughed off the internet - until, of course, the internet responded.

The majority of the public reaction to the piece was, as was the case with the Kevin Kline character from A Fish Called Wanda, proof that if you call someone stupid, you only invite them to prove the point. Meanwhile, if writer Ruth Graham had a good point to make under all her reader-shaming rhetoric, it was lost beneath the whiff of self-aggrandizing desperation.

In other words, it just became so personal for everyone involved. Graham could not contain her snooty disdain for the genre (and, tacitly, the people) she was criticizing. Her schoolmarm-ish finger-wagging ("You should feel embarrassed when what you're reading was written for children!", emphasis mine) certainly achieved the goal of making her targets feel embarrassed - but to what purpose?

In the reader/fan community, embarrassment instantly turned to defensiveness. A couple million tweets and blog posts later, all we know for sure is that readers of YA fiction still really think YA fiction is great, with an added rider of "Slate should shut up."

This is all the more hilarious for the fact that both sides of the argument are based entirely on value criteria that are, unequivocally, made up. "Adult" literature (I can't really use the term without thinking of the dusty Erotica section at the back of our local Chapters, but whatever) isn't inherently more valid than any other form of writing. Stories which evoke a strong emotional response in lieu of a complex intellectual one aren't better, worse, or the same as any other type of stories.

I'm not here to defend (or excoriate) YA novels, because all the criteria I would use to delineate their worth are, again, wholly made up. Those criteria might be part of the overall conceptual scaffolding with which we analyze and enjoy the creative work in our lives, but someone still built that scaffolding. Consensus does not equal the truth.

I am, however, interested in why YA fiction (and, to extend it back to the movie side of the ScreenAnarchy universe, superhero movies, Star Wars episodes, and the majority of this summer's blockbuster content) has received such an explosive uptick in engagement over the course of the past decade.

Part of it must surely be technological, not only in that movies (since The Lord of the Rings) arrived at a place where fantastical landscapes of any stripe can be faithfully created, resulting in a surge of PG-13-ish hero's journeys that play in the Young Adult space.

More importantly in technological terms, though, the social web has let the advocates of these genres huddle up for the first time en masse in history, creating not just a community (the YA fan base, in this instance), but giving that community a voice (the aforementioned tweets and blogs) and a stellar-fusion style ability to fuel itself.

If YA "presents the teenaged perspective in a fundamentally uncritical way" (as Graham suggests), its new, explosive popularity might speak to a need for such uncritical messaging in the normal social and recreational lives of its adult readership. Among the many things that stories and storytelling have always done for us is to help us analyze and demarcate our passage through life.

Our signposts through that life used to be much more clearly defined. We have more access, now, to leisure and expression, and less reassurance that anything we're doing has meaning. A society that has replaced ritual with freedom might be called upon to consider why pop culture has, effectively, replaced culture.

That "pop" means something. It means an all-access pass; it means iconography and archetype instead of context and nuance. Not for nothing did Avatar make three billion dollars. It wasn't the 3-D. It was the world-spanning ease of a story whose basic building blocks were culturally equivalent to everyone.

Graham, like the people who bitch about Star Wars or remain mystified at the continuing popularity of Superman, might be mistaking "simple" for "fundamental." Whether Young Adult fiction supplies it or not (your mileage, of course, may vary), I truly believe that "fundamental" matters, and will be sought out when absent, even at a delay.

If Young Adult is written for children, it must also supply something on an emotional level that Adult Adults are still drawn to. Like dinosaurs with a lysine deficiency, people will go and eat the lysine they need to survive. Stories about the heightened boundary periods that all humans share - first love, unexpected illness, unfathomable death - will never stop supplying us with much-needed psychological ballast.

There's nothing wrong with putting forth the idea that people can and should also reach further, past their regular boundaries, when reading and viewing and scribbling things online. But, first, to each their own; and second, we dismiss the simple at great peril.

More about The Fault in Our Stars