The Teaser For Disney's BIG HERO 6 Cannot Contain Itself 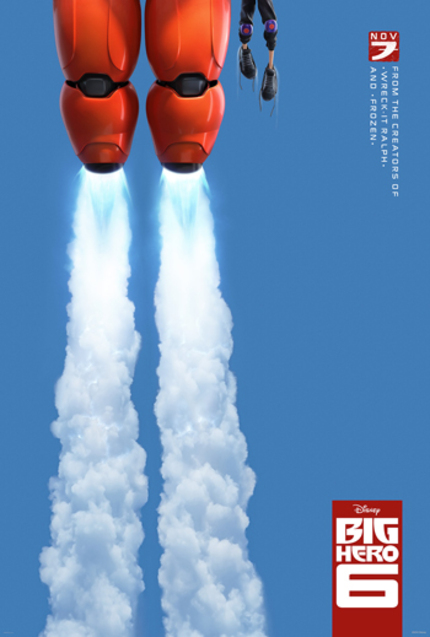 Disney appears to be on a roll when it comes to animated feature films these days. With the unprecedented successes of Tangled and Frozen Disney animation is back on the map. The studio is taking a leave from musical centered films and are making an animated adventure film inspired by a Marvel comic for their upcoming project Big Hero 6. The studio released the first teaser yesterday. And check out that amazing and whimsical poster too!

Brilliant robotics prodigy Hiro Hamada finds himself in the grips of a criminal plot that threatens to destroy the fast-paced, high-tech city of San Fransokyo. With the help of his closest companion, a robot named Baymax, Hiro joins forces with a reluctant team of first-time crime fighters on a mission to save their city.

As is to be expected this teaser is absolutely charming, funny and has us hooked. The film is directed by Don Hall (Winnie the Pooh) and Chris Williams (Bolt) and is produced by Roy Conli (Tangled). It opens in cinemas on November 7th.
Tweet Post Submit