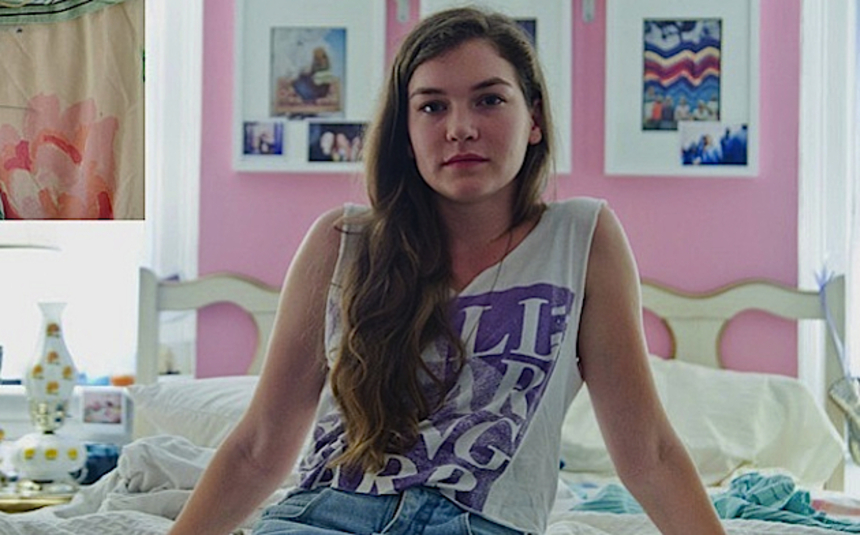 [UPDATE: With ten hours left in the campaign STINKING HEAVEN has less than $1,000 to reach their goal. If it's any incentive to give 'em that final push, Nathan Silver's fourth feature UNCERTAIN TERMS will be world premiering next month at the LA Film Festival, which ain't too shabby.]

We've no doubt covered a lot of ground when sharing the good word on film projects that need a little love, but I don't think we've yet to spotlight a project quite like Nathan Silver's Stinking Heaven. The logline for the project:

A black as tar comedy following a commune of recovering drug addicts in 1990 suburban New York, Stinking Heaven is the portrait of a group of people on the verge of a syncrhnnized nervous breakdown.

Now just who is this Nathan Silver? Well, the keen eyed reader will recall seeing his name and his films featured on ScreenAnarchy before. Last summer I reviewed his second feature Exit Elena, and spoke with Nathan, along with friend and fellow indie filmmaker Christopher Bell, for my now defunct Indie Beat column. A few things to note on Mr. Silver. He's gosh darn prolific. Exit Elena was his second feature. Stinking Heaven is his fifth. His third, Soft in the Head opens next Friday in New York. He always seems to have a film on the festival circuit with another in post and another in pre-production. Or at least that's been his modus operandi up until now. His films are rough and raw in the best sense, exploring a multitude of non-traditional families. Real life pulses through them, cloaked in the garb of fiction. The results are funny and frightening, and usually within the same moment. An excerpt from Silver's statement on his approach goes:

Filmmaking is the one place where you can capture accidents and unexpected behavior in real time, and yet it has somehow become the most regulated medium out there. I want to exploit what is inherent to filmmaking and take full advantage of chance.

To do this he's gathered a rather interesting bunch of up and coming talent from the American Independent realm, including Hannah Gross and Deragh Campbell, who collected some considerable street cred with their turns in the Sundance selected I Used To Be Darker, and Keith Poulson, who cut his teeth as crew on Andrew Bujalski, Joe Swanberg, and Bob Byington flicks before stepping in front of the camera for Byington's Somebody Up There Likes Me, starring opposite Nick Offerman. Cinematographer Sean Price Williams ain't no slouch either, having shot Alex Ross Perry's three features, including the Jason Schwartzman starring Listen Up Philip. Richard Peete, producer of ScreenAnarchy fave Blue Ruin, is also on board.

Below you'll find the project's amusingly unorthodox pitch video and their Kickstarter page. If you want to support true independent filmmaking by a strong community of creatives then there's few others like Nathan Silver and co. out there. The project's goal is also readily achievable thanks to Silver's docu-drama approach, so there's really no excuse on even dropping a couple of bucks into their coffers.

Do you feel this content is inappropriate or infringes upon your rights? Click here to report it, or see our DMCA policy.
crowdfundderagh campbellhannah grossindependentkeith poulsonkickstarternathan silversean price williamsstinking heaven