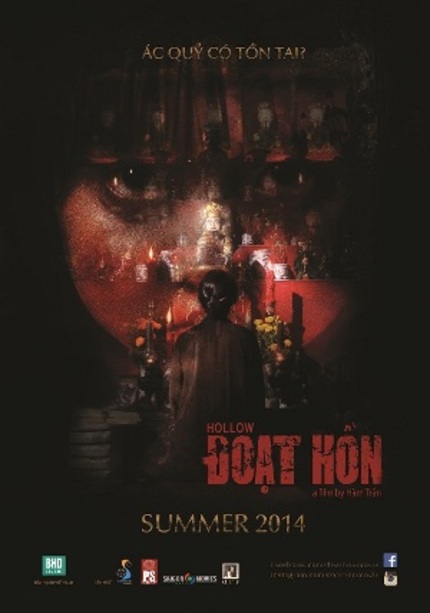 It was back in mid-February when we first learned of Ham Tran's upcoming Vietnamese horror film Hollow (Đoạt Hồn) with the release of the film's creepy as hell first teaser. Tran first came to our attention as the editor of martial arts flick The Rebel - he's since directed a popular rom-com himself as well - and initial signs were very much that he had what it took to deliver big screen scares. Those signs are now reinforced with the film's full trailer.

A 6 year old girl falls into a river and drowns. One week later, her uncle, a police captain, travels to a remote village to claim her corpse, only to find that the girl is very much alive. He brings her home, but does not tell her parents that she was found dead. Strange things begin to happen as her family discovers that she is possessed. The latest film from director Ham Tran. The film is scheduled to be released this summer in Vietnam.