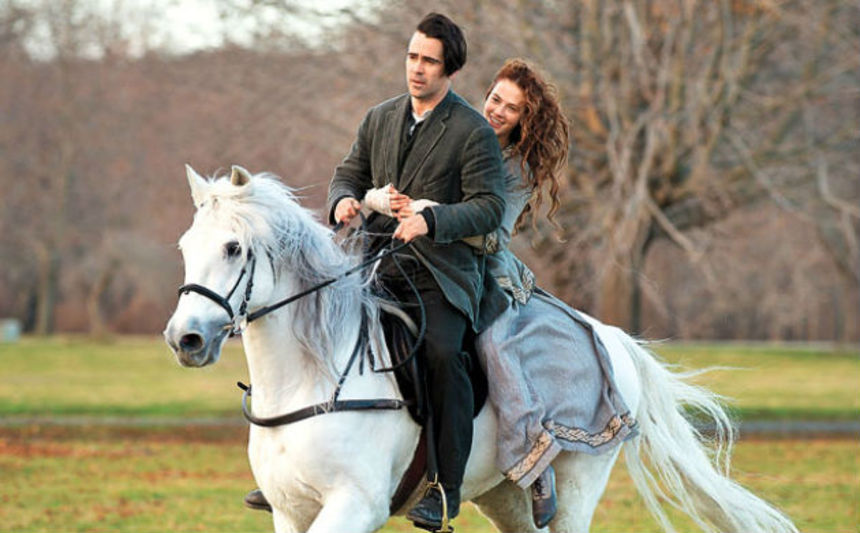 One of Hollywood's most successful screenwriters, Akiva Goldsman is the man behind films like The Client, I Am Legend, The Da Vinci Code, and the Oscar-winning A Beautiful Mind. Goldsman makes his directorial début with the romantic Winter's Tale, a time-tripping allegory about the magic of love and faith. He spoke with me about stepping out from behind the script and the personal significance of the story.

The Lady Miz Diva: After many years working as an award-winning screenwriter, what is it like for you to step out from behind the script with WINTER'S TALE?

Akiva Goldsman: It's very, very anxiety-provoking, actually. I never quite understood exactly how remarkably personal to do this job and I've been calling all my director friends and sort of just telling them I love them and I'm sorry I never understood. You know, it's very complicated, but I really enjoyed it.

So, this experience gives you a new perspective on what directors of your screenplays go through?

AG: Really it does, and it's not so much the difference between the written word and the filmed scene, because I've been on a slew of movie sets as a producer or writer. I think the truth of it is fundamentally in a way that I never quite realised as a writer or a producer, there is a component in you that is always second guessing. You're always a little bit fixing things.  You're a little bit the hero, you know? And when you direct it, all the mistakes are yours.  There's nobody left but you, which is a much trickier proposition. It's much easier in some ways to rescue other people. So it's been a real learning experience.

I understand that you spent seven years trying to make this film.  What was it about Mark Helprin's original novel that made you stick with it for so long?

AG: Well, I read it in the eighties, actually. I fell deeply head over heels in love with it. It is magical realism, which is a unique kind of object and one that Americans are not particularly big on, because it's the this weird combination of very realistic and very fantastic and those things typically don't go hand in hand. You usually don't have a straight drama scene in relief of a flying white horse.  For me, that's part of what's lovely about it and I think that stuck with me.

The visuals of the film are a huge component. How did you decide on its look? Was what we see onscreen what you saw in your head when you read the novel?

AG:  It's funny, at a certain point, you no longer remember what you had in your mind. There are these studies now that sort of indicate the memory rewrites what it is you're remembering. I think I'm starting to realise that's true, because it's very hard for me to sort of go back and precisely remember what I imagined. I do know that the feeling of the movie is very much the feeling I imagined. I can look at very early concept work I had done and go, 'Oh yeah, that kinda looks like the movie.'

I consider myself a better caster than I am a visualist and part of my casting was to cast Caleb Deschanel as the cinematographer, and he's such a gift, you know? What I would say to Caleb is, "I wish it felt like this, or more like this." And then Caleb then paints with light to give you the elegance of what it looks like.

Speaking of casting, many of the folks who appear in WINTER'S TALE are actors you've worked with before. Did that help with your comfort level making this first feature?

AG: Yes, it helped me. It was also how I got the movie made. This is not typical studio fare, at all.  It will be crushed by the second weekend of Lego, you know?  It's a very strange movie and when Warner Brothers read it, they said, 'Well, it's lovely. We figure it would cost about eighty million dollars. Here's forty'. And so I said, "Okay, yes," because I was grateful to get a chance to do it and so I called in a lot of favours. So many people actually worked the movie for free, or just about for free and those are people I worked with before. So I'd done a bunch of movies with Russell {Crowe} and Jenny {Jennifer Connelly} and I are old friends, and Will {Smith}. Colin {Farrell} and I had never worked together, but we had sort of talked a bunch about working together. So, it was really a lot of kindness went into the commerce.

What was like to transport New York back a century and bring it up to today?

AG:  Well, as a New Yorker, you know there's something extremely immutable about the visual infrastructure of New York: It sort of abides. It's there, underneath the surface and the trappings change. That was really exciting, so it was important for me to be able to steal as much of the city as I could and put it on the screen.

I love movies about New York. I was coming of age formatively during that ten or so years where there was kind of a moratorium on filming here -- it's before your time. So, it was sort of Serpico and Super Cops and then everything went away. And there was about ten years where movies were not made here, maybe except for the occasional Woody Allen movie. So, it sort of created this yearning for New York on film. I remember when Die Hard 2 suddenly happened here; we were like, 'Oh, movies in New York again!' So, just as a fan, I've always loved seeing the city on the screen. The book is a love letter to New York. Obviously, in order to make it work - there are no mansions left on Central Park, so there was Prospect Park doubling, but it was still all New York.

Do we ever get too old for fairy tales?  What is the eternal allure?

AG:  Well, it's an interesting question. This is without question for me a fairy tale for grown-ups. And not even a fairy tale for young grown-ups, quite frankly; it's really a fairy tale for people who have had loss. I think that we are never without the yearning for a way to turn life into story; to make it make sense, to have it add up in the end. That's what this movie was for me, as the book was; it's a Hail Mary to faith. A hope that there's meaning behind all the randomness.

I have a question about a particular detail of the film. It's 1914 when we see Little Willa as a child, then it's the present day and Eva Marie Saint is playing her. Was she...

AG: Ancient! Yeah, she's over a hundred. There was one point when I actually had her say, "When you've lived over a hundred years..." And people say, 'Well, how can that be?' and I sort of go, "Well, how can the horse fly?" It's part of the idea of life being infused with miracles all around us.

What would you like for people to take away from WINTER'S TALE?

AG: I lost my wife while I was writing this. It's part of what made it so significant for me. And for me it was a promise that there is some reasonableness behind all the seemingly random gains and losses in life. So for me, that's what the movie is; it's a message to people like me.  It's a secret handshake. It's a decoder ring. It's a way of saying maybe this all makes sense in the end.


This interview is cross-posted on my own site, The Diva Review. Please enjoy additional content there by clicking this link.

Do you feel this content is inappropriate or infringes upon your rights? Click here to report it, or see our DMCA policy.
Akiva GoldsmanColin FerrellJennifer ConnellyJessica Brown FindlayRussell Crowe