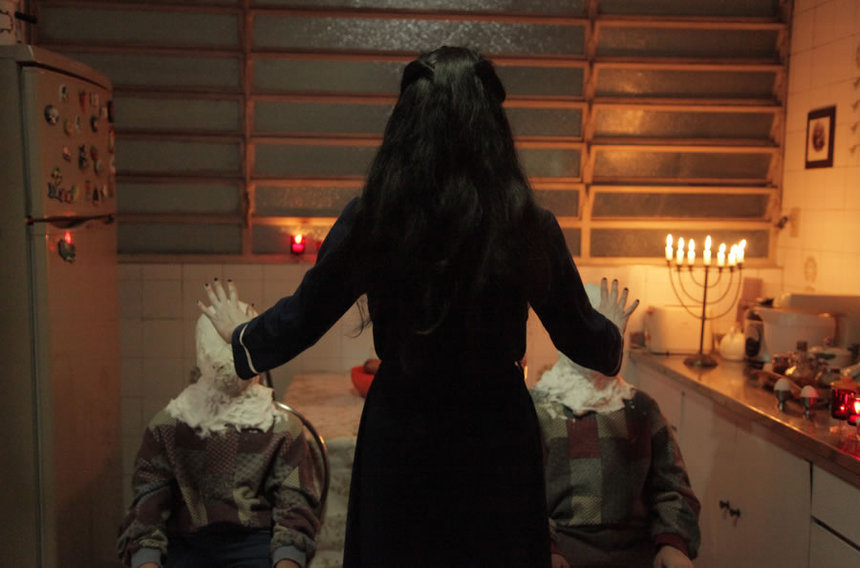 Brazilian cinema finally seems to be waking up to genre films in 2014. Only a few weeks after the commercial release of Rodrigo Aragão's splatterfest Mar Negro, it's time for one of the most promising talents in Brazilian film to show his new work to local audiences.In his first solo effort after a solid career in short films and a debut feature (Hard Labor) co-directed by Juliana Rojas, Marco Dutra teamed up with producer Rodrigo Teixeira (Frances Ha) to venture into supernatural territory with the psychological thriller Quando Eu Era Vivo ("When I Was Alive" in a literal translation), which opened to great reviews in several cities this Friday.
Based on a novel by cult writer Lourenço Mutarelli, the film tells the story of Junior (Marat Descartes, who also appeared in Hard Labor), who, in the wake of a divorce, has no option but to return to his old family apartment to live with his father (Brazilian legend Antônio Fagundes). While he struggles with unemployment and a hard custody battle for his son, Junior develops a crush on his father's young female tenant Bruna (played by pop star Sandy Leah) and becomes obsessed with his own past, only to rediscover a terrible family secret buried in time.
Check out the official trailer below (in Portuguese).
Sign-In to Vote
Tweet Post Submit