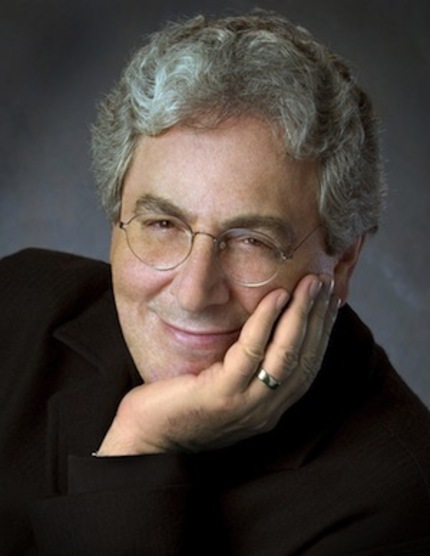 Harold Ramis, a writer, actor and director who participated in the creation of some of Hollywood's most funny, vital and downright raucous works of the past 40 years, passed away last evening from complications of autoimmune inflammatory vasculitis, a rare disease that involves swelling of the blood vessels. He was 69.

Many kids of the 80s and 90s (myself included) will remember Ramis for his performance as Dr. Egon Spengler, the Ghostbuster with a penchant for collecting spores, molds, and fungus. Ramis' Egon was a deep thinker that played perfectly off of, and grounded, Bill Murray's game-show-host wit, Dan Akroyd's child-like zeal, and Ernie Hudson's no-bullshit demeanor. But Ramis brought a lot more to the world of Ghostbusters than the deadpan Egon, as he was the co-writer of both feature films in that franchise. And in large measure some of his most enduring and important work was as a writer.

The Chicago born and bred Ramis started out as Playboy magazine's joke editor, and began work as an actor with Chicago's Second City, the famed improv group that launched the careers of friends and colleagues John Belushi and Murray, amongst many others. He then became the head writer on the SC Toronto group's seminal sketch show SCTV, which paired him with comedic legends such as John Candy, Catherine O'Hara, Joe Flaherty and Dave Thomas. He was also the pen behind Caddyshack, Animal House, Meatballs and Stripes -- a boy's club comedy quartet for the ages.

Ramis actually began to direct features with Caddyshack, a fact that seems to be overlooked by many viewers, simply because the performers in that film overshadow many other elements. But it all came to be at the steady hand of Ramis, someone who had a serious streak for understanding how to humanize the zany. Ramis then teamed up with writer John Hughes on the very first (and best?) National Lampoon's Vacation, eventually directing such films as Analyze This and Multiplicity.

Outside of Ghostbusters, Ramis' perhaps biggest contribution to cinema was writing and directing 1993's Groundhog Day. Featuring Bill Murray in one of his finest performances as a self-involved TV Weatherman who gets stuck living the titular day over and over again until he is able to make some BIG changes, Ramis' story is regarded as one of the greatest, most deft and acutely human American films of the last few decades. In fact, I think its reputation only grows with age (and repeat viewings).

In recent years Ramis chose to put family first, moving back to Chicago in the mid-90s with wife Erica Mann Ramis and their children. He kept involved in the contemporary comedy world by directing episodes of The Office, including "Benihana Christmas", a fan favorite.

If I may speak more personally for a moment... I may not have really understood it at the time, but Ramis had a phenomenal hand in shaping my childhood and my own sense of humor, which started with my first viewing of Ghostbusters at age 3. When I was 10 Groundhog Day came out, and it was one of the first quote unquote "adult films" I truly understood, both for its existential humor and emotional gravitas.

I woke up this morning a little fuzzy from a late night script reading, ready for a conference call. I checked my email, and... a ton of bricks as the saying goes. But to consider the man's death is to consider his incredibly rich and varied life. While many of Ramis' on screen personas were the straight men to an often wackier lot, there is little doubt that he was a man cut clearly and cleanly from buffoonery of the highest order. In turn Ramis was the man who brought big ideas and high concepts down to earth. He made sense of all the goofiness without ever undermining its importance. In a tweet today, actor Rainn Wilson called him "The Buddha Of Comedy."

Considering his body of work and approach to craft one notices that he was a consummate and gracious collaborator who fully embraced the Second City improv motto of "Yes and..." Speaking in an interview with American Storytellers in 2002, he said of his craft and collaborative spirit: "It's about supporting the other person. And the corollary to that is if you concentrate on making other people look good, then we all have the potential to look good...I've always found that my career happened as a result of a tremendous synergy of all the talented people I've worked with, all helping each other, all connecting, and reconnecting in different combinations."

His legacy will inspire for generations to come.

Do you feel this content is inappropriate or infringes upon your rights? Click here to report it, or see our DMCA policy.
ghostbustersgroundhog dayharold ramissecond city