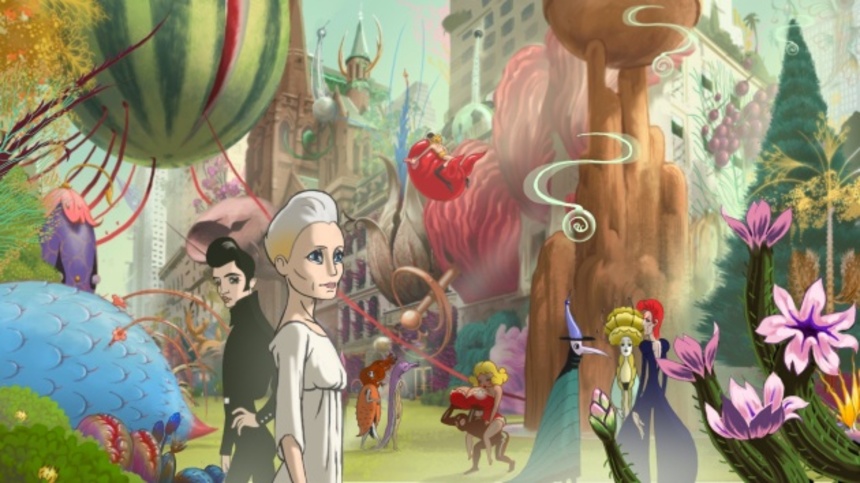 The Boston Underground Film Festival (aka BUFF) has distinguished itself as one of the best regional genre exhibition fests in the country. The first wave of programming for the 16th annual fest hit today and it is already packed with the excellence we've come to expect from BUFF. Most notable are Ari Folman's incredible Cannes-premiering mashup The Congress and Jeremy Saulnier's revenge-extravaganza Blue Ruin. Lucky McKee and Chris Sivertson's TIFF Midnight Madness standout All Cheerleaders Die will also be at the fest, which runs March 26-30 at Cambridge's Brattle Theatre.

Here's the full release followed by the festival promo video:

Spring must be near because the crescendo of chaos is getting louder as the 16th annual Boston Underground Film Festival returns with a resounding bang to the Brattle Theatre from March 26th through the 30th, bringing with it the East Coast's most gonzo, unhinged, and otherwise insane celebration of alternative cinema. Prepare yourself for New England's pompom-touting, pop-laden, bloodbath opening night premiere of All Cheerleaders Die, directed by diabolical duo Lucky McKee & Chris Sivertson. A polished remake of McKee & Sivertson's 2001 zero-budget debut, All Cheerleaders Die is a supernatural revenge horror-comedy that follows a rebel girl on a mission to take down the captain of her high school football team with the help of the cheerleading squad. This dark teen comedy evokes Carrie, Heathers, and Buffy the Vampire Slayer and opened the Midnight Madness program with raucous applause at last fall's Toronto Independent Film Festival (TIFF).

Closing out this year's fest will be another TIFF discovery, Jeremy Salunier's Blue Ruin, a classic American revenge thriller about a mysterious outsider and amateur assassin whose quiet life is turned upside down as he winds up in a brutal battle to protect his family. 100% fresh on Rotten Tomatoes, Blue Ruin has garnered rave reviews from its tour of the festival circuit and comes to Boston fresh from its Sundance premiere.

Also on the docket is Ari Folman's breathtaking fusion of live-action and animation, The Congress, starring Robin Wright as a bizarro version of herself -- an aging, out-of-work actress who sells her soul to the digital devil in exchange for an unthinkable form of immortality. Also featuring Jon Hamm, Harvey Keitel, and Paul Giamatti, Empire Magazine proclaims The Congress "an extraordinary and very touching film that exists somewhere in the twilight zone between the existential brainteasers of Charlie Kaufman and the psychedelic wonders of Hayao Miyazaki."

BUFF 2014 twists and turns, taking filmgoers on a dark odyssey through the human psyche with the International premiere of Kept, an intense Japanese psychodrama by first-time writer/director Maki Mizui about a survivor's experience of sexual violence, which will have its world premiere at the Yubari International Fantastic Film Festival later this month. Things lighten up considerably with the world premiere of My Name is Jonah, a documentary full of heart and badassitude on real life warrior, adventurer, internet celebrity, and harmonica virtuoso Jonah Washins, from local Boston filmmakers Phil Healy & JB Sapienza.

Waving our happily-misanthropic-flag proudly, BUFF is thrilled to present the East Coast premiere of Slamdance darling Crimes Against Humanity, the sophomore feature of Chicago filmmaker Jerzy Rose that will both hilariously and painfully resonate for all 80,000+ of you currently ensconced in that peculiar Dantean milieu of ego and drama known as academia. Additional misanthropic laughs abound in end of the world comedy Doomsdays, starring Justin Rice & Leo Fitzpatrick. A pre-apocalyptic comedy, Doomsdays follows the misadventures of Dirty Fred and Bruho, a pair of free-wheeling squatters with a taste for unoccupied vacation homes in the Catskills, in what is without a doubt "the best American slacker film of the 21st century."