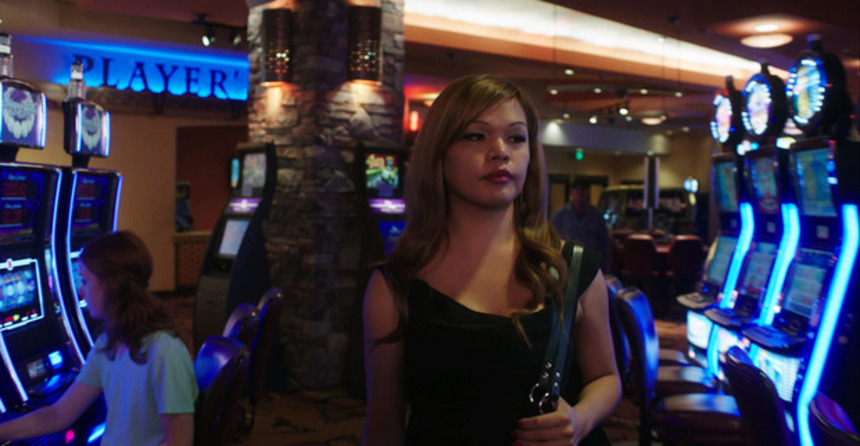 It may be a controversial statement, but this movie, that recently premiered at Sundance 2014, is better and maybe more enjoyable than Alejandro González Iñarritu's film of interconnected stories, Babel (I choose this one because it's the most recent of that genre that I remember watching and seeing something good in). Going into similar territory, all of the three stories around the three main characters are more interesting, more complex and more easily relatable than any of the stories in Iñarritu's film (except the story starring Rinko Kikuchi, if you made a film out of her story alone, that would be a masterpiece).

I don't know if saying all this is high praise, but the movie itself is really good at portraying a small community where the stories of everyone are bound to crash into each other. This time the experience was better for me, because it was about a culture that I know nothing about: Navajo Indians. While this might not be the definitive experience in any way to comprehend their culture or the way they live right now, it's a decent enough snapshot that has three very interesting characters with their own failures and problems that they have to overcome (or not) in the weekend in which this movie takes place.

There's the story about a Navajo transexual named Felixia who divides her time between her sex job, coping with her own limitations/advantages and a contest to be part of a calendar of Navajo women. Sickboy is a married man constantly falling for other women, booze or drugs, while he waits for the day the army will take him away - the only job he could find to help provide for his wife and expectant child. The last story is about Nizhoni, an adopted Navajo 18 year old who wants to find her real parents, her heritage and meaning in her vivid dreams.

The film is well acted, and while not every plot element is revised and taken to completion, the most frustrating was that they never explained or gave any weight to the premonitory dreams of Nizhoni. There's also the whole issue of how her story has the best scene of the film, where she finds a box filled with letters, but her story as a whole is maybe the weakest of the three.

Felixia's story is a revelation, as she mixes the problems that she has with her condition, with her own free will and realization of her desires (either sexual or otherwise) through chance, luck, her merits or her looks. It's maybe one of the best transexual characters that I've seen in a while, and I was always looking forward to her scenes in the movie.

Drunktown's Finest is a response from director Sydney Freeland to a newspaper article that called the town and reservation where she grew up "Drunktown, USA". This is a good response, that is to say there are valuable people, people who just want to make a living, they want to survive, they want to connect with each other, just as these three stories soon collide in different ways. I guess, just like everyone else.

Do you feel this content is inappropriate or infringes upon your rights? Click here to report it, or see our DMCA policy.
Sydney FreelandJeremiah BitsuiCarmen MooreMorningStar AngelineTailinh AgoyoDrama