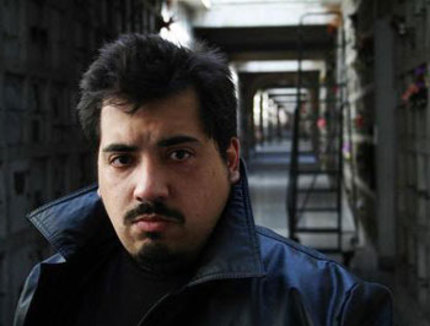 The last time we spoke of Daniel De La Vega's supernatural thriller White Coffin the year was 2007! All we had at the time was a pre-production poster and not much had happened since. Until now.
De La Vega is resurrecting the project, looking for financial backing in his native Argentina. White Coffin was written by his brother Romiro and Here Comes The Devil director Adrian Garcia Bogliano.

"'Coffin' marks a 2007 project we begun to put together commissioned by Patagonik. After all this time, we managed to bring it nearer to fruition thanks to Argentine state film subsidies," De la Vega said. "There are highly-talented genre filmmakers and now the Argentine government is backing genre films. This is the big difference compared to the past,"

"White Coffin" "hypothesizes around the possibility of a mother committing matricide, something that could be scarier than her own death," said De La Vega.

That last statement is just a tad confusing because Matricide is the murder of a mother by her own son or daughter. Is this just a case of the word 'mother' being used one too many times? I spoke with someone close to the production last night and it turns out that it is supposed to be infanticide - the murder of an infant or child. A little spoiler-iffic but it would make the synopsis a bit clearer and you are more caught up on your various '-cidal' acts than you thought you were going to be heading into this article.
It also explains why the film did not go into production right away. White Coffin was commissioned by a company called Patagonik. Patagonik was owned by "ol' Big Ears". Everyone was cool with the script right up to that infanticide bit. When your parent company leaches off the hopes and dreams of children it would not look good to make a film about murdering them. So the project was shelved. The rights to the project have since lapsed and De La Vega is now the sole owner of all rights to this project. So if you want into the White Coffin you are going to have to go to him.
With the rise in popularity of Spanish language genre films in recent years we welcome another project from any of these skilled filmmakers. White Coffin is scheduled for an early 2015 shoot.
Tweet Post Submit

Do you feel this content is inappropriate or infringes upon your rights? Click here to report it, or see our DMCA policy.
Adrian Garcia BoglianoDaniel De La VegaMatricideWhite Coffin