The King Of Football Kicks Off! Check Out The First Image From PELÉ 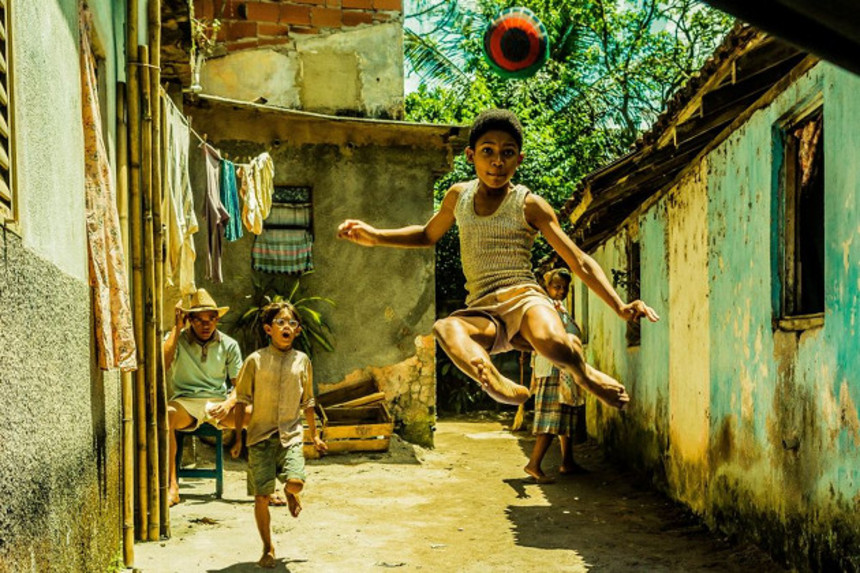 Even if you're not much of a soccer fan, chances are you've probably heard the name Pelé before. And if you don't know his name or the incredible story of this Brazilian legend who holds some of the most impressive records in sports history, you will be able to correct that pretty soon. Aiming for a release in 2014, Pelé started shooting in Rio de Janeiro last September and we have the first official photo that shows the young footballer (played by Leonardo Lima Carvalho), when he was still known as Dico, aiming for the perfect header to a ball made of socks.

Here is the official synopsis:

Pelé tells the miraculous story of the legendary soccer player's rise to glory from a young boy to the 17 year old player who scored the winning goal in Brazil's first ever World Cup victory in 1958. From a life full of disadvantages and an impoverished youth in Brazil, Pelé used his unorthodox yet authentic style of play and his unbeatable spirit to overcome all odds, find greatness and inspire a country that he changed forever.

Vincent D'Onofrio and Brazilian star Rodrigo Santoro are in final negotiations to join the cast that includes Carvalho and newcomer Kevin de Paula (as Pelé from age 13 to 17), and also Diego Boneta, Colm Meaney and Seu Jorge (as Pelé's father and mentor, Dondinho). The brothers Michael and Jeff Zimbalist, best known for the great soccer documentary The Two Escobars, teamed up to direct their own script. Ivan Orlic, of the newly formed Seine Pictures, and Imagine Entertainment's Brian Grazer are the producers alongside Kim Roth, Colin Wilson and Pelé himself.

There are still negotions on joining the cast over a year after a filming began!? Have I read that wrong? Still, can't wait for this film. Rio was set in stone as a brilliant place for filming since 'City of God.' Also, perfect time with the World Cup. And ALSO, as much of a fan as I am, has Pele really changed his country forever ...?