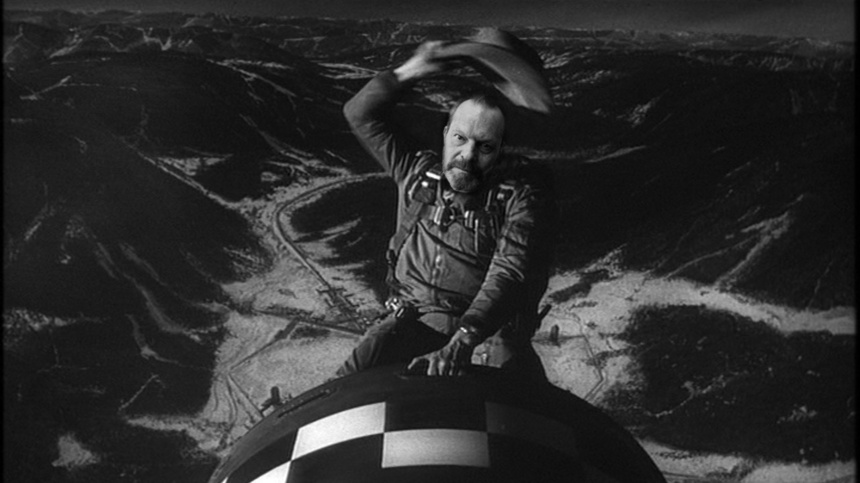 There are certain things in this life that just do not appear to go together and - on first blush, at least - it would appear that Stanley Kubrick and sequels are two of those things. And yet ScreenAnarchy has learned that at some point prior to the passing of writer Terry Southern in 1995 Kubrick had set the writer to work on a proposed sequel to Dr Strangelove. And, more than that, he had designs on setting Terry Gilliam to direct it.

I had the chance to ask Gilliam about it directly earlier today at the Sitges Film Festival and here's what he had to say:

I was told after Kubrick died - by someone who had been dealing with him - that he had been interested in trying to do another Strangelove with me directing. I never knew about that until after he died but I would have loved to.

Titled Son Of Strangelove the script was never completed but index cards laying out the basic structure of the story were found among Southern's papers after his passing, with the story set largely in underground bunkers where Strangelove has taken refuge with a group of (at least mostly, possibly entirely) women.

Put this one down as a great combination that will sadly never happen ...

Do you feel this content is inappropriate or infringes upon your rights? Click here to report it, or see our DMCA policy.
dr strangelovesequelson of strangelovestanley kubrickterry gilliamterry southern