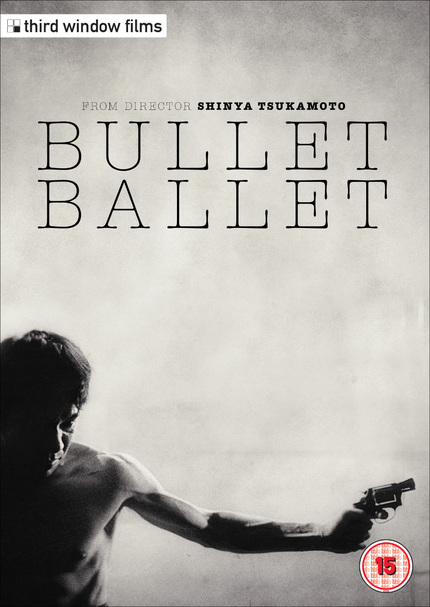 UK distributor Third Window Films have been doing the Lord's Work issuing a series of beautifully remastered, high definition versions of Tsukamoto Shinya's films and the latest fruits of their labor arrives on store shelves December 20th with the release of their remastered Blu-Ray release of early Tsukamoto classic Bullet Ballet.

An immense personal favorite, Bullet Ballet represents, for me at least, the maturing point for what I consider his mid-period - a fertile period for the Japanese auteur that also includes pictures such as A Snake Of June, during which he moved away from the raw experimentalism of Tetsuo: The Iron Man and before he moved into a new kind of experimentation with Vital.

As has been the case with all of the Third Window editions this new release is based around a brand new restoration supervised from Tsukamoto himself using the original negatives. The package will include a new interview with the director, a new trailer and a collectible case with reversible sleeve. And that new trailer? We're proud to premiere it here at ScreenAnarchy. Check it below.

Do you feel this content is inappropriate or infringes upon your rights? Click here to report it, or see our DMCA policy.
bullet ballettetsuothird windowtrailerTsukamoto Shinya