TIFF 2013 Review: SOUTHCLIFFE Collapses Under Its Own Weight 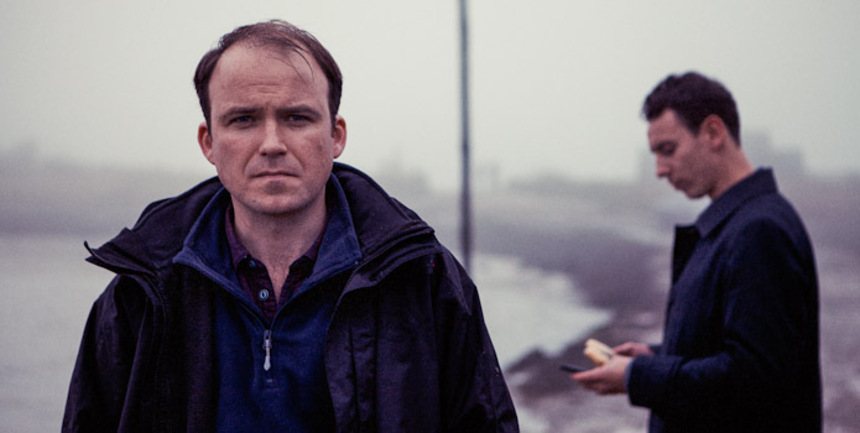 For the first half of its running time the experience of watching the Tony Grisoni scripted, Sean Durkin directed Southcliffe is not unlike the experience of lancing a boil. It is excruciating, yet also somehow exhilerating to watch this tragic tale unfold, each turn of the needle revealing new nuance and perspective on an unspeakable - and yet all too common, in these days - crime. The tale of a small town destroyed by a random gunman, a mass killing nobody saw coming, is positively littered with sterling performances while Durkin - still riding high from the success of Martha Marcy May Marlene brings Grisoni's beautifully rich writing to life. It is confident enough to be understated, smart enough to trust n the value of subtlety.

All the more tragic, then, to watch it all collapse i the second half, victimized by Grisoni's sudden desire to play for Big Drama instead of truthfulness while simultaneously seeming to forget what story it is he's telling at all.

A four part television drama aired on Channel 4 in the UK, Southcliffe is purposefully a story that could happen anywhere, in any town. The fictional town at its core is a middle class seaside affair, a proudly blue collar place that has sent its share of young men off to fight the war in Iraq. And it is with the arrival of one such squad of young men back home from their tour of duty that the story begins, a story that will end with one local man pushed too far and finally seeking comfort and release through the barrel of his gun.

The first two episodes of Southcliffe rank amongst the very best of the current wave of intelligent, artful television that we are currently living through. The entire cast - including familiar faces such as Rory Kinnear, Shirley Henderson and Eddie Marsan - and absolutely spot on while Grisoni and Durkin together weave a tale that first establishes the coming tragedy and then explores it causes and consequences from a variety of perspectives, looping the timeline of the tragic day through multiple permutations so that we can experience first hand the various links that lead to the horrible conclusion. It's a remarkable construct to this point, the story rooted in a limited time span and yet constantly expanding and encompassing more and more as we shift angles.

And then, sadly, Southcliffe seems to simply forget what it was that it was doing so well. Episode three descends into maudlin melodrama, Grisoni seeming to feel that normal grief isn't enough for these people to experience - no, they need something more - as he jettisons the carefully sculpted naturalism of what had come before for a wedding with the coffin as the bride, a bit of freshly dead photography, and a perplexing shift of focus to a character - Rory Kinnear's journalist character David Whitehead - whose origins in the town notwithstanding has bugger all to do with anything, who we therefore care not one iota about, and who somehow ends up screaming at the townsfolk that they all deserved what had just happened to them. Asshole? Yes, indeed, and yet he somehow ends up pointlessly dominating the story line.

And episode four gets worse, frankly, embracing as plausible a ludicrous conspiracy thread that the shooter got away and the police - not wanting to admit the fact - engaged in an extensive cover up to hide that fact while announcing that he had shot himself. Because clearly this is what the police would do after a man shot and killed fourteen people in a simple day. Rather than saying he slipped away on that first day and continuing their pursuit they would just say, "Oh, well, let's fake his death and let him run off somewhere else."

though the actors are game and do their very best to sell the text that they have been given there's is clearly a drastic split in Southcliffe with the first half drawing strength and power from the naturalism and extreme plausibility of its scenario and characters while the second half just piles foolish mistakes on top of wild excess until the entire strength of what came before is undone. In all it's a tragic waste of an astoundingly powerful beginning that simply didn't know when or how to stop.