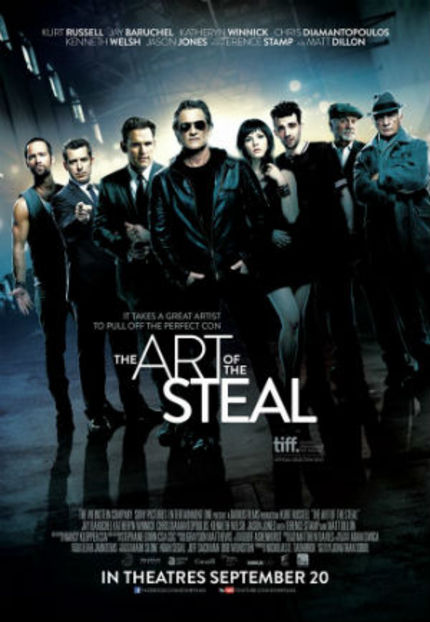 Throughout his career, Kurt Russell has built up so much goodwill for me that I totally buy him as an aging motorcycle stunt driver turned master criminal in the first trailer for The Art of the Steal, which is set to debut at the Toronto International Film Festival next week.

Russell decides to pull --- wait for it --- "one last job" after cracking up his bike, putting together a team that includes his half-brother, Matt Dillon, who is supposedly the "idea man." The cast also features Terence Stamp, Jay Baruchel, and Jason Jones (from The Daily Show With Jon Stewart). Jonathan Sobol (A Beginner's Guide to Endings) wrote and directed.

Heist movies are a dime a dozen, and this one could easily be a total car wreck (so to speak), but the prospect of Russell and Dillon in a battle of battered, aging half-brothers sounds quite appealing. I also like the tone of the first trailer, which is embedded below.

The film is headed for release in Canada on September 20 via EOne. U.S. rights are evidently held by Radius/TWC, but there doesn't appear to be a release date yet.