Opening: THIS IS MARTIN BONNER, Insight Into The Lives Of Others 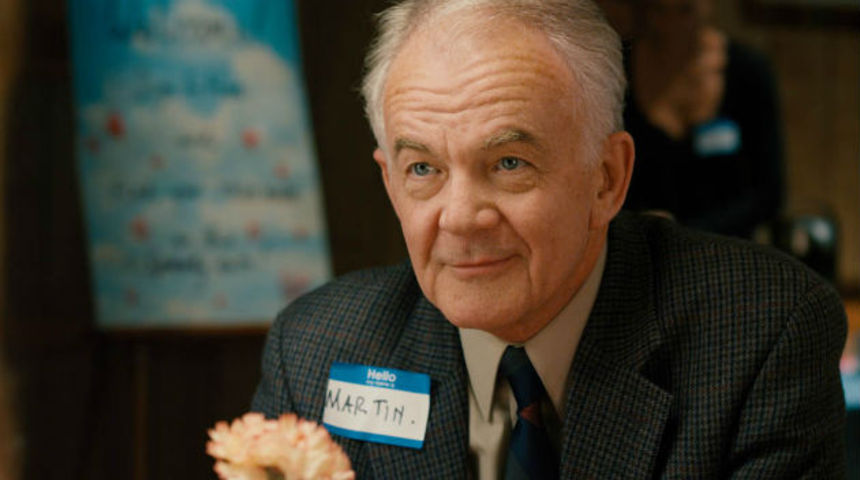 Chad Hartigan's This is Martin Bonner is a subtle, contemplative character study in the vein of Steven Soderburgh's Bubble.

The story follows two men, Travis Holloway (Richmond Arquette) and Martin Bonner (Paul Eenhoorn) as they form an unlikely friendship in their otherwise lonely lives. Travis has recently been released from prison and Martin works with an organization to help reformed convicts enter back into society. Both men are somewhat estranged from their families and are struggling to find happiness in their mundane lives in Reno, Nevada.

The film shows a slice of life in a realistic and honest way, which is to say that not much happens. Yet, like Italian Neorealism, this film is still interesting and engaging. It portrays a very different sort of milieu than one is used to seeing, and thus remains fascinating, much like a documentary. It's a window into a different life that could really be happening as we speak, not too far away. There is a certain insight that this elicits, into the lives of other people that one might not associate with otherwise.

While This is Martin Bonner isn't for everyone, due to its slow and deliberate pace, it also clocks in at an efficient 83 minutes, which is a great length for this story. It is never boring. Instead, it maintains just enough energy and detail to bring the characters on a small, realistic arc that fulfills the expectations of a full, cinematic experience.

This is Martin Bonner opens at IFC Center in New York today (Wednesday, August 14) and at the Downtown Independent in Los Angeles and Art House 502 in Ogden, Utah, on Friday, August 16. Other selected theatrical engagements will follow. It will also be available to watch via various Video On Demand platforms on Tuesday, August 20. Visit the official site for more information.

THIS IS MARTIN BONNER Official Teaser from Chad Hartigan on Vimeo.

More about This is Martin Bonner