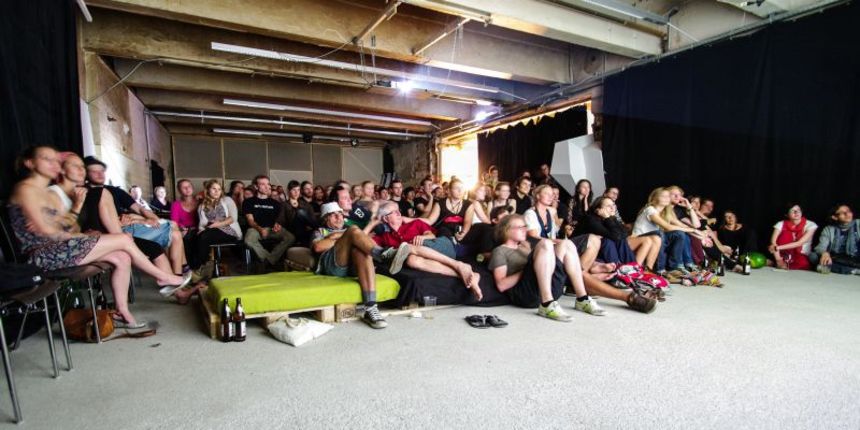 Rejected is a small film festival in Innsbruck, a town in the center of the Austrian Alpine region of Tyrol. Rejected shows movies that got rejcted from other festivals "because getting rejected does not mean that a movie is bad". I had the chance to speak with Daniel Dlouhy, filmmaker and co-founder of the festival, about ways to establish film culture in the "sad region of Tyrol", financial issues and the long road into the future of Austrian film.

ScreenAnarchy: Let's talk about Rejected. It is more than just a film festival. There is an art exhibition, a concert and you hold workshops. With what intention did you found Rejected under?

Daniel Dlouhy: We started five years ago. Before that, we worked for the IFFI (International Film Festival Innsbruck) where we were involved in the selection process for the films. We recognized how many unbelievably great films got rejected out of reasons we didn't really understand. We decided, that someone had to show these movies. So we founded a 'counter-festival' to the IFFI. We started in a very small location and with bad equipment. But suddenly we had an audience of 80 people and so we decided to find an association and keep on going.

Originally we wanted to do everything free of charge (nobody earns money, nobody pays anything). However, from our third year on we got some money and we could extend the program. For us, it was important to create a place where all participants can connect with each other. I have been to many festivals as a filmmaker myself, and got bored a lot. Most of the time it is very impersonal. We wanted to grant our audience the possibility to talk to the guests in a laid-back and relaxed atmosphere and to lower the inhibition threshold to do so. As there are no film schools and any kind of education in the film business in Tyrol, we decided to focus on that and let things be built. So we started with our workshops. It is very exciting to see the mixture of showing fully edited movies but also seeing new things to arise.

The filmmakers we invite are very professional and take their business very seriously, but they are not the most famous ones, so they are often even more excited about such an idea. Also, they help us at the festival. You could say we are trying to do things differently and establish film culture in a region, where there is no such thing. If they want to learn something, filmmakers leave Tyrol for Munich or Vienna. It simply makes no sense to stay here, which is very sad. We try it a little bit.

So you would say that the Austrian film scene is focused in Vienna?

It is extreme. In fact, there is only Vienna. Linz has some exciting projects in connection with the Ars Electronica. There is a good film school in Salzburg and we have got the Diagonale in Graz. But when it comes to funding, everything is strongly concentrated on Vienna; Vienna and the ORF [Austrian public broadcasting service]. The ORF has a big budget but they cut expenses for the film program. Most of the things they show, are bought from foreign countries, while Austrian productions don't get much financial support. They are not encouraged enough to try something new. Therefore, it is not surprising if you read that the Austrian movie audiences don't watch Austrian films. The reason for that is also that nothing really happens in them; if there is a new production, it's a poorly done comedy, because they know that this is a format that works. There is no space left for something new. There simply is only Michael Haneke and Ulrich Seidl in Austria, they have already established a certain status, but they also get their money from abroad. Haneke wouldn't be where he is today without France or Germany. Also for Michael Haneke it is impossible to make a film in Austria. That is the reason why he left. He has the reputation and the possibility.

So do you think, that Austrian filmmakers first have to prove themselves to get the chance for a fund, are we not encouraged enough?

Exactly. I miss that completely. There are a few funds where you can ask for support but that money is mostly given to filmmakers who are already established. There are also some people who try something different, but no one takes them seriously enough. I think it is like this: "do something big without depth behind it, I don't care how you do it, but prove yourself, do it well". But the reality is not like that. Making a film costs money. Hollywood recognizes that: for them it is an industry. They invest money to gain money.

Austria only wants to make money and is not willing to invest anything. They don't trust the young filmmakers. Of course, you can't give money to everyone who knocks on your door, but the film fund industry has to think differently, otherwise everyone leaves. And if Haneke and Seidl are gone, there is no one left. Great people like them don't come along very often. There are some brilliant people who come from Austria, but went to Berlin and stay there. They get money there rather than in Austria.

It is an interesting phenomenon, that when a filmmaker from Austria is successful, he is suddenly called "The Austrian Filmmaker XY" even though they owe their success to other countries.

Yes, that is very strange, we do the same thing with our skiing athletes. For me it is a shame. On the one hand they say "perfect, we won an Oscar" on the other hand they cut the budget even more. And at some point there is no money left to be cut. I myself make documentaries and I get nothing from the ORF, because they don't know me. Also, my last film was too focused on Tyrol for them. If I go to the funding office in Vienna to ask for money, they send me back to Innsbruck to get support. But here in Tyrol only those kinds of films get money who represent our region in a good way, you could say marketing-productions. They don't do anything for more critical or experimental projects, although they like to claim that they do.

Is crowd funding something that could work in Austria?

Yes, I think it could work and I think it'll be here soon. We've only got the problem that we are always a lag behind and people are often afraid of giving away their data on the internet. Last year we tried to do crowd funding for Rejected. We only wanted 1500 Euro, and ultimately we got 150 Euro. A lot of people came to me in this time and told me that they would give me money, but only cash, because they were not trusting those new forms of online payment. But I think that is going to change, because a lot of things get transferred into the internet. I also think that the traditional TV is dying. Someday there will only be on-demand TV. No one is interested in the  ORF program anymore. I think it goes into the same direction like Netflix but that takes some time. To change a well established System like the ORF is hard, but cannot be avoided. People don't put up with everything anymore. My expectations are on the viewer, they ultimately have the control and I think with that also crowd funding comes along, but we need an appropriate platform for it.

What about the relationship between Austria and the USA as a film nation? As a filmmaker, are you oriented towards the U.S.?

No, I think it is exactly the opposite. For me, America is a bad example. I am not a friend of the system they have to work in. I like to watch blockbusters myself, but I don't wanna be taken for a fool and that is what Hollywood has been doing for years in my opinion. There is barely something interesting. On the other hand, there is a very interesting indie scene, but also with a very high financial support, everything is extremely expensive.

Do you think, the audience should be trusted to receive also more profound movies in a positive way?

It is not only that the audience decides what it wants to watch, it is also very influenced by the marketing activities they are surrounded by. Joachim Kulenkampff [famous German TV talkmaster] once said: "The audience isn't as stupid as we will make them through TV" and I think he is right. The big studios and TV-stations don't have to produce bad things, they do it because it minimizes risks and that is only logical - from an economical point of view. An exciting land in terms of film is Canada; they also have an interesting funding system. I once met the Canadian filmmaker Frédérick Pelletier, who made a wonderful movie called Diego Star. It is a very slowly told movie, which actually tells a simple story, but it creates an extremely positive feeling. If you watch that movie on the big screen, you can feel the magic, and recognize what film is able to do.

France makes fantastic things too, but small productions without a star only run in a few theaters and only for a few weeks, so how should they make money with it? I myself provide my film as a legal download. It is more important to me that people watch it. To earn money in the film industry in Tyrol is impossible. You have to be glad if you have enough money for food. You are dependent on your friends to support you. As a filmmaker, you not only have to learn how the technique works, but also how to exploit and convince your friends. All of that has an impact on the economy of the film industry. If you can pay the companies properly they also get stronger.

And at your festival you show exactly those movies who don't fit into the programs of big festivals.

Exactly, most of the movies are low budget productions, but with a lot of seriousness in the background. What I can't stand is, when people think that they just have to turn on a camera and they are automatically filmmakers. We want to show movies, where we see that they are made with passion and professionalism. Over the three days of the festival we try to combine such films and show them.

What about your workshops, are they successful?

Yes, the participants are always extremely enthusiastic. One participant from last year founded a film agency this year. He found his passion in it.

So courage is required on two sides: On the side of the filmmaker to follow their dreams and on the side of the institutions who gives funds. Sometimes it seems that in Tyrol they basically say no to everything.

Yes, that is true. Envy is extreme in Tyrol. As a filmmaker you have friends who are happy for you, but but there are also those who say: "such an idiot, he's done another movie". That is mean, but the state is accountable for that, because many people have to fight over few.