Guy Maddin's SEANCES Is Under Way, Watch A Recap Of Day One 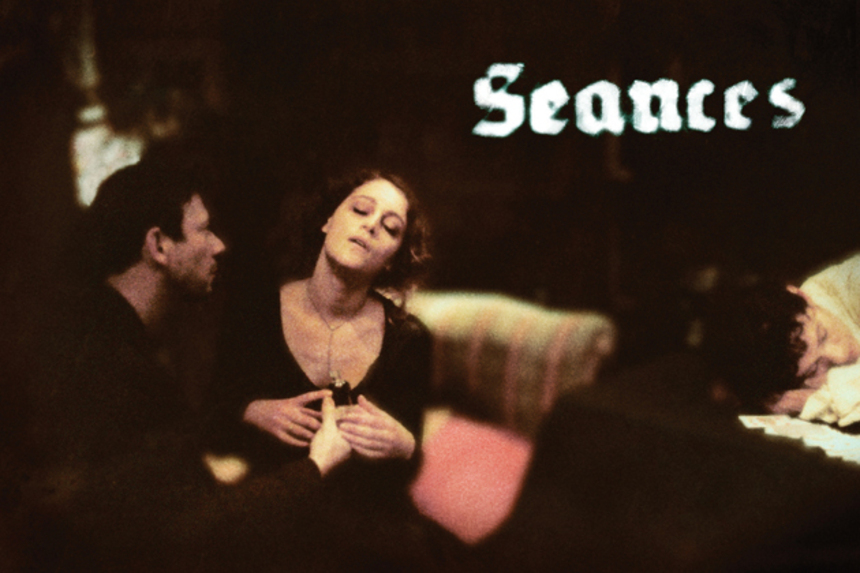 Guy Maddin is ... well, he's kind of being Guy Maddin with his latest project, Seances. A perpetual experimenter, Maddin's latest project is a series of twelve films shot over thirteen days with a live audience at the Phi Centre in Montreal. The official pitch goes like this:

Seances is a film shoot, an experience and an installation, which will subsequently become a film and an interactive work. The basic premise of Seances is that most silent filmmakers lost at least one film to a twist of fate. Ever since, these films have hovered like ghosts in search of their final resting place.

And now Guy Maddin has decided to recreate these lost films. Every day, he will call on the spirits to take hold of the actors, plunging them into a deep trance that will enable them to act out the lost film of the day.

The most amazing part: the public is invited to attend these Seances of cinematic spiritualism. Cameras will be set up to transmit--live and in closed circuit--the shoot taking place inside the Phi Centre.

With production now under way the good folk at Phi have released a video diary recapping the first day of production so take a look below to witness Maddin in action.