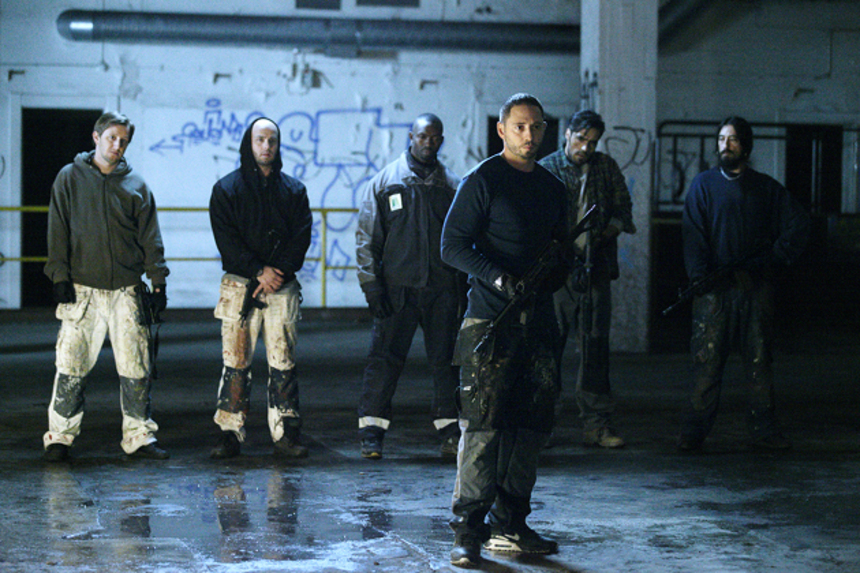 Before he became RoboCop it was Swedish crime film Snabba Cash (Easy Money) that launched Joel Kinnaman to stardom. Immediately snapped up by The Weinstein Company and prepped for US remake - reportedly with Zac Efron taking on the Kinnaman role - it took rather a long time for the first Snabba Cash to hit US release but the balance that film strikes between action and riveting character work remains impressive today.

The first Snabba Cash also happened to earn a great big bag of money throughout Europe which has meant - of course - sequels. Based on a trilogy of novels by Jens Lapidus, a second film followed quickly after the first and now a third - titled Life Deluxe - is about to wrap things up.

JW now lives in exile and is more than ever determined to find out what happened to his missing sister Camilla. Every trace leads him to the world of organized crime in Stockholm. Jorge is about to do his last score - the largest robbery in Swedish history. But during the complicated preparations he meets a woman from his past - Nadja. Martin Hägerström is chosen to go undercover into the Serbian mafia, in order to get its notorious boss Radovan Krajnic behind bars. When an assassination attempt is made on Radovan, his daughter Natalie is pulled into the power struggle within the Serbian mafia.

The second film in the series was, frankly, not nearly as good as the first but those who have seen this third effort tell me it's back on form and the freshly released trailer certainly promises very, very good things. Take a look below.

Do you feel this content is inappropriate or infringes upon your rights? Click here to report it, or see our DMCA policy.
easy moneyjoel kinnamanrobocopsnabba cashtrailer