Fight Crime With Evil in Japanese Trailer For THE DEVIL'S PATH 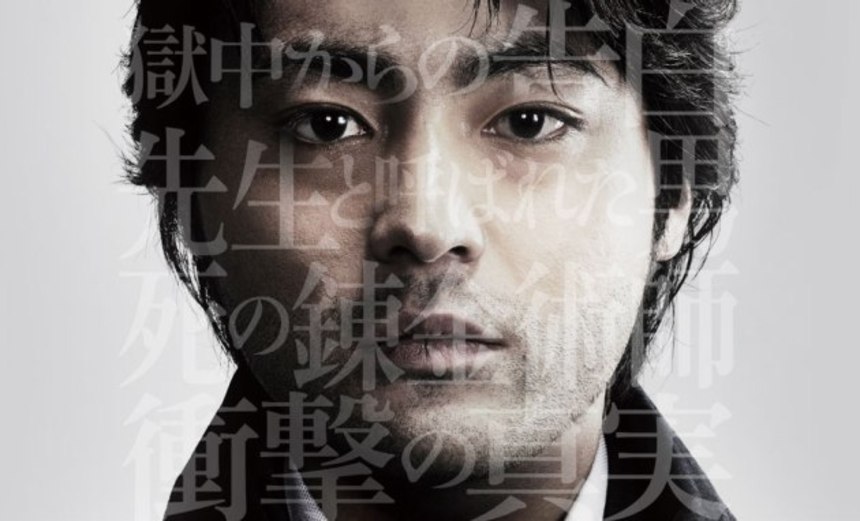 Takayuki Yamada, the star of Crows Zero, Mirokurôze and Lesson of the Evil, flashes his stern look again with a crime film titled Kyoaku (The Devil's Path). Directed by Kazuya Shiraishi as his second feature-length film, The Devil's Path will deal with the triangular relationship of three masterminds.

Death-row inmate Sudo (Pierre Taki) sends a letter to magazine reporter Fujii (Takayuki Yamada). In his letter, he states that a man named Kimura (Lily Franky), also known as "teacher" committed numerous murders for insurance money.
While checking out the story, based on Sudo's tip, Fujii becomes convinced that the letter is correct. But a lot of time has passed since the incidents and Sudo's testimony isn't clear. Due to the persistence of Sudo, who is a former Yakuza, and Fujii, the police begin to move.

By the sounds of it, The Devil's Path will use evil to fight evil. But can we trust evil? Lily Franky, who recently warmed up the screen with family drama Like Father, Like Son, will portray the criminal mastermind Kimura.
Based on the best-selling non-fiction novel "Kyoaku-Aru Shikeishū no Kokuhatsu" The Devil's Path will be released by Nikkatsu in Japan on September 21 2013.
Tweet Post Submit

More about The Devil's Path