Christopher Ad Castillo Pays A Visit To THE DIPLOMAT HOTEL 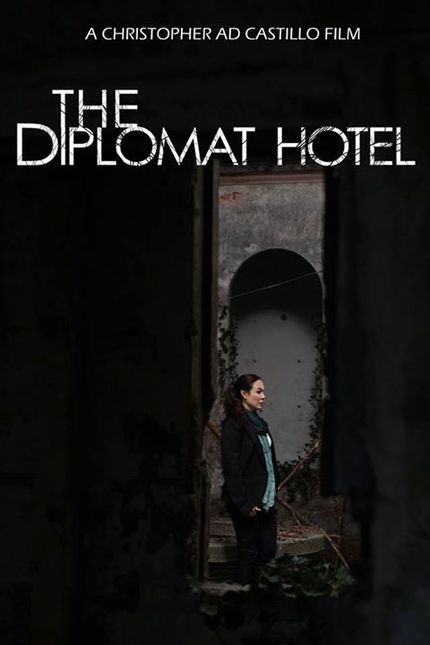 Cinemalaya gets haunted this year with the arrival of The Diplomat Hotel.

Best known internationally as a leader of the Filipino arthouse indie wave of the past several years, Cinemalaya - which, like other similar events, is also a funding body - is headed to darker grounds this year with the inclusion of Christopher Ad Castillo's The Diplomat Hotel.

Victoria Lansang is a popular news reporter who has been requested to mediate a hostage crisis.  And in front of a national television audience, something horribly goes wrong and people are killed while Victoria suffers a mental breakdown.

A year later, she's eager to get back into the game but the only assignment she can get is to do a documentary on the last night of The Diplomat Hotel in Baguio City, a crumbling and abandoned building infamously known for its bloody past and its hauntings and has carved a place in Philippine ghost lore.

Looking for redemption, she arrives there with her crew and they start filming.  But as they get deeper into the night, the place starts to exert its will on them and they find out exactly what monstrous evil awaits at The Diplomat Hotel.

By daybreak, their lives will never be the same again.

Castillo - the son of iconic director Celso Ad Castillo (Snake Sisters, Burlesque Queen) - sets his film on the grounds of an actual hotel purported to be one of the most haunted sites in the world (you can read the history of the actual site here) for an experience that promises to chill. Check the latest trailer below for a taste.

Do you feel this content is inappropriate or infringes upon your rights? Click here to report it, or see our DMCA policy.
Christopher Ad. Castillocinemalayadiplomat hotelHorrorphilippinestrailerGretchen BarrettoArthur AcuñaAlvin AnsonNico AntonioDramaMystery