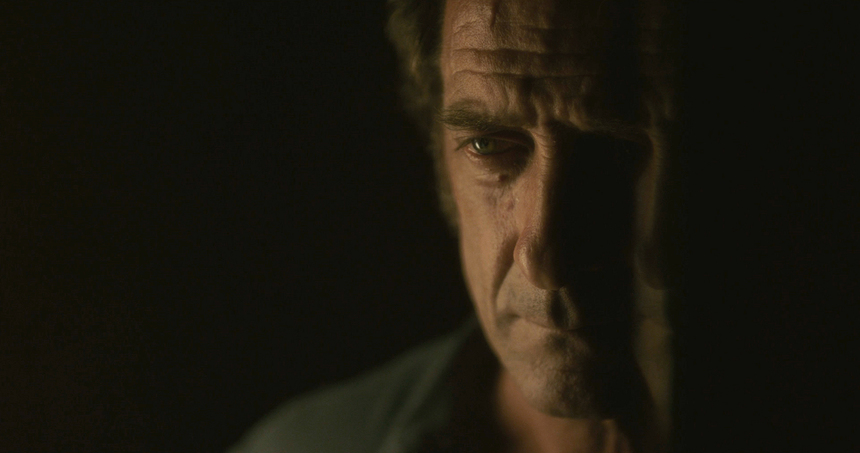 Clair Denis' The Bastards begins as a simple, slow-burn revenge thriller, and then very quietly morphs into one of the bleakest, most twisted neo-noir films of the decade. As is often the case with Denis (35 Shots of Rum, White Material, Trouble Everyday), the implications of the story settle in slowly, and don't even fully reveal themselves until a fair amount of post-viewing reflection, and maybe even discussion.

Not to say the film is a difficult watch. In terms of pacing and plotting, this is some of Denis' most accessible work. From the opening, exquisitely shot images of dense rain, a suicide crime scene and a naked woman wandering the dimly-lit streets, Denis establishes a sublime sense of intrigue that deepens as the film continues in non-linear time.

The setup involves a woman who calls her brother Marco home from his work out at sea as a ship captain after her husband commits suicide. As she tells it, a super-rich business man (who looks a lot like Dominique Strauss-Kahn -- do with that what you will...), drove her husband to take his own life by driving the family's shoe factory out of business. Naturally, she wants revenge.

Marco (played with stoic intensity Vincent Lindon, who last collaborated with Denis on Friday Night), like many hard-boiled noir heros, doesn't say very much, so we're never sure of his exact intentions. But he's clearly up to something. He cashes in his life insurance to help his sister, then rents a huge empty apartment right underneath the billionaire's family and proceeds to seduce his wife and spend more and more time with the man's son.  As the plot progresses, the film plunges depths of perversion, cruelty and trauma that rival the darkest moments of Twin Peaks and Blue Velvet... but none of it occurs in the ways we initially expect, nor is its source and motivation anywhere near as cut-and-dry as it seems at first.

Stylistically, Denis' take on the Noir genre is unlike any that I've seen, and, actually, her quiet, deliberate storytelling adds even more intrigue to the proceedings. Darkness, shadows and street lights dominate the film, to the point where, towards the end I reflected on how much I missed daylight. Her longtime music-collaborators Tindersticks provide a score that's both haunting and moody, but also catchy enough to get stuck in your head.

For the most part, her chronology of scenes is well-constructed, though a few images seem unnecessary and perhaps calculated to manipulate audience expectations. But you'll forget much of that for the moment when the movie unleashes its jaw-dropping final sequence, one which will likely divide audiences. In fact, while Denis' manipulation of the genre is superb, many may question whether the film actually has anything meaningful to say.

And herein lies my problem with reviewing certain movies so soon after seeing them. While the film feels challenging because of the way it leaves the audience to put together the pieces and come to their own conclusions, it's at least arguable that all it really amounts to is, "What a harsh world, eh?" Certainly, some of the implications about the characters and how they perceive themselves and their reality are fascinating, but do they really justify the means?

I'd rather not say just yet. I will say that Bastards is a fresh, haunting take on a genre that I thought had nearly died out, and that, as usual, Denis' singular style is a pleasure to experience. Whether it's more than that, I'll probably decide after a few more days. Or maybe after watching the film again.

Do you feel this content is inappropriate or infringes upon your rights? Click here to report it, or see our DMCA policy.
BastardsCannes 2013Cannes Film FestivalClaire DenisUn Certain Regarde