There are plenty of features to catch during this year's Tribeca Film Festival. There are also just as many shorts. For those of you in town who can't quite decide which short film blocks to catch, and for those of you that want to know what's up in the world of the short film right now, ScreenAnarchy is here to help. Today John Jarzemsky and I will be taking a look at how two of this year's shorts programs fared.

First, John vs. the Apocalypse! (or something like it) 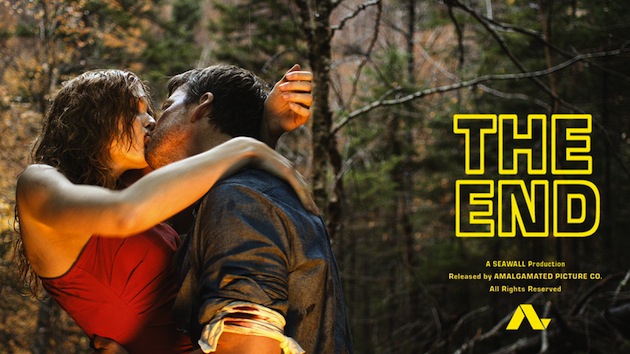 It seems like a cop-out to begin this review with something akin to the sentiment "shorts programs are always a mixed bag". That has usually been the case, at least with the festivals I've attended, but the shorts program THE END IS NEAR kicks the mediocrity up a notch, and honestly, almost every short film in this block of programming, save for the final two, was cringe-worthy.

Granted, perhaps we shouldn't blame the filmmakers. While the program isn't explicitly centered around the theme of apocalypse (it's more broadly based around the idea of a variety of endings), it doesn't help already half-baked narratives to be lumped in with hackneyed and far too ambitious shorts about a theme that really demands great special effects and/or incredible performances, something that short films tend to lack, but enough speculation, on to the flicks!

First up is The Acrobat, an inauspicious beginning that tells the story of an aspiring acrobat/ballerina who is considering suicide. That's actually a pretty charitable summary, since the whole of the film is mostly a disembodied voice melodramatically spoon-feeding exposition and meaning to the audience in the most contrived way possible. The Acrobat is pretty to look at, but even falling back on visceral cheap-thrill edits can't save this mind-numbingly dull and textbook "film school" short.

Next we have Murk Light, an effort from Iraq that must have lost quite a bit in translation. Two young men get a job riding on the top of a bus in Iraq and looking after the luggage. One of them is gung-ho about this assignment, while the other one is relentlessly maudlin, presumably because his mother worries. During a rest stop, our protagonist hops out and wanders into a fortune-teller's home, where she says some vague things about death. He then gets back on the bus, says some equally cryptic things to his friend, and when they arrive at their destination, it appears as though the protagonist has been dead for some time. I literally have no idea what happened in this film.

We get a brief respite from overbearing self-seriousness once Snow in Paradise begins, offering up some beautiful photography and brief meditation on a small community of islanders living in what looks to be a tropical paradise. Suddenly, a nuclear bomb explodes nearby, and a voice-over radio narration informs us that the detonation was the work of the local military. It begins to snow. Then the film ends. Call me a sucker for tradition, but this isn't exactly a satisfactory narrative. We have no idea who anybody in this film is, no idea why this explosion happened, or what the ultimate ramifications were. This isn't a short, it's the first fifteen minutes of a film that doesn't yet exist.

Grace is the worst offender of this entire motley crew. Set in an English city moments before a catastrophic nuclear war, it features a rotating cast of sneering caricatures, from the tough but soulful Jamaican thief and his misguided teenage accomplice to the hardworking ethnic British man who is abused by rich patrons. We even get a nice helping of ladled on anti-subtlety solution in the form of an arguing couple, one being the shrillest of shrill liberals and the other being the most callous and reductionist of conservatives. The acting in many short films is rough, which is to be expected of young filmmakers working with limited funds, but the performances in Grace are so universally terrible (one character reacts with the same pitch and tone to a slightly offensive comment, being threatened with a knife, and seeing her husband stabbed) that it almost makes you wonder if the director selected the worst actors available in all of England. The takeaway from the intersection (forced though it may be) of the different characters is supposed to make us think about how grateful everybody should be just for being alive, which would be a nice sentiment if it weren't wrapped up in such a bitterly fatty helping of ham.

The end of the program finds the only two films worth repeat viewings. It's no wonder that curators of THE END IS NEAR chose to close with two comedies: a single funny and sincere film with competent execution wouldn't be enough to cleanse the bilious taste the preceding titles left in our mouths, so we get two barrels' full.

First, Grandma's Not a Toaster, a fun if not gimmicky story about some grandkids squabbling over their seemingly terminal grandmother's estate. However, Granny's not quite as out of it as she seems. The film employs a shifting POV perspective that yields some decent laughs, but the performances are uneven and the ending rather abrupt. Still, it's a fully realized concept and an adequately executed one that makes Grandma's Not a Toaster stand out.

Lastly we have Epilogue, a send-up of brainless macho action shoot-em-ups that begins at the very end of such an adventure, and then follows the survivalist hero and his strapping female companion as they continue on once all the dust has settled. It seems that after reality takes over, things aren't always as easy for the "good" guys as we might imagine. This "action-romance" meets "21st century gender role comedy" is novel, and hits all the right notes of the genre it lampoons perfectly. -- John Jarzemsky 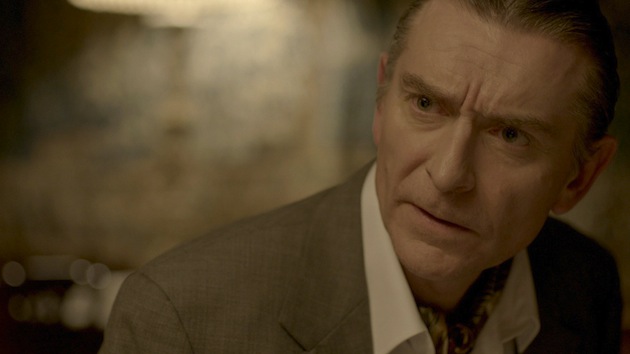 
DEADBOLT is this year's Sci-fi and horror centered program. A cavalcade of genre subversions and new takes on old myths, it is, unfortunately, one of those very mixed bags. Though I must note that I was unable to look at two of the program's films, The Girl With The Mechanical Maiden and Yardbird, so I can't be 100% sure on how well the eight films play together.

We start things off with Todd Wiseman Jr.'s The Exit Room, a slice of sci-fi drama set in a near future where America has fallen into disarray.  The opening moments of found-footage guerrilla conflict in Brooklyn hold faint echoes to Brian Wood and Riccardo Burchielli's DMZ comic series, with the story then shifting focus to Joseph, a young man who's about to be eliminated by the authorities. Wiseman's effort is admirable, but its length betrays any real lasting impact the film may have. Now this isn't a case of should-have-been-a-feature-itus because the fact remains that Wiseman's film is based off of a very well known and widely adapted short story. I won't spoil it here, but you don't have to be a literary major to take a good guess at what it is. My qualm then is that the film needed to give us another three-five minutes. At just eight minutes they could have afforded it, at least on the creative side. In that time perhaps we could then engage more thoroughly with Joseph's plight. But as it is we have no real clue who he is... impassioned freedom fighter, wrongfully accused family man or both? And not knowing deflates much of a message or impact.

Next up, let's crack open Daniel Klein's AB-. The idea of a psychotic group masquerading as a crew of paramedics complete with ambulance is a fun one, but alas, this short is just a truncated opening for what really feels like a feature. Why does the crew of the bad ambulance want the car accident victim's blood so badly? And how the heck do they successfully operate without being caught? And what's this debt that the brother and sister of the crew must keep to the old hand? Too many questions in eight minutes, not enough focus on actually making sure the film -- the short film at hand -- is good. It ain't anywhere near bad, but please, film school students, take it from someone who has been in your position as well as your teachers': craft an engaging, compact and precise short film. Follow the structure of a joke (Setup, Punchline), read Ray Bradbury stories or heck, just adapt one. But If you want to make a feature then make a feature. Yes, I know money is an issue, but making a proper short that isn't a promo for your feature will undoubtedly help you hone your craft and then get an even stronger feature made.

So the dangers in doing a genre film for a short  is that you have to create a very particular world, set a very particular mood and then tell a good story all within a collapsed amount of time. You not only have to really commit to and understand your ideas, but essentially pair those ideas down to a singular idea; a moment if you will. While David Winkfield's Peanut Butter And Jelly is embarrassingly rough around the edges, he and his crew commit wholeheartedly to the vampire myth. So while we've seen the vampire-in-the-hood story before, Winkfield gets in and gets out, without overstepping his boundaries, which at this point in my viewing almost caused me to applaud. What's unfortunate is that the film relies far to heavily on the tell rather than the show, also falling back on one too many flashbacks and a few superfluous scenes and unnecessary characters. In this case the target is right, but the aim is way off.

Call it An American Werewolf in China if you like, before it stumbles into base sentiment and schmaltz Zao Wang's Honeymoon Suite is, at least, engaging for it's running time. Although I don't think I can fully wrap my head around the logic of detaining an American businessman-turned-wolfman (emphasis on the man) in a hotel every time there is a full moon, I'm willing to allow it since the film has a good sense of humor and strong sense of atmosphere.

Well... Good things come to those who wait, and Jason Mann's Delicacy is very, very good. Impressively balancing a grim gravitas and twisted little sense of humor, Mann's film hits all the key points I outlined of what a short should be: It has a strong, assured mood and theme, an engaging and clever story coupled with surprise and production value that triumphs under its limitations. Delicacy is that rare short where you want more but are absolutely fine with what you've been given because it's so well done. So, what is Delicacy about? Why not just find out for yourself, as you can watch this one online right now as a part of Tribeca's Online Festival.

Like John's program, it looks like they saved the best two shorts for last in mine as well. Ryan Spindell's The Root Of The Problem (our headline image) is a veritable funhouse of genre tropes that aims, and succeeds, in making us a little more than queasy of a visit to the dentist. Delightfully deranged right down to its pulpy center, the film boasts some impressive effects work and a trio of silly/scary performances from Alison Gallaher, Ptolemy Slocum and Brea Grant. -- Ben Umstead

For info and tickets to these and all feature and shorts programming at Tribeca, click right here.


John Jarzemsky contributed to this story.