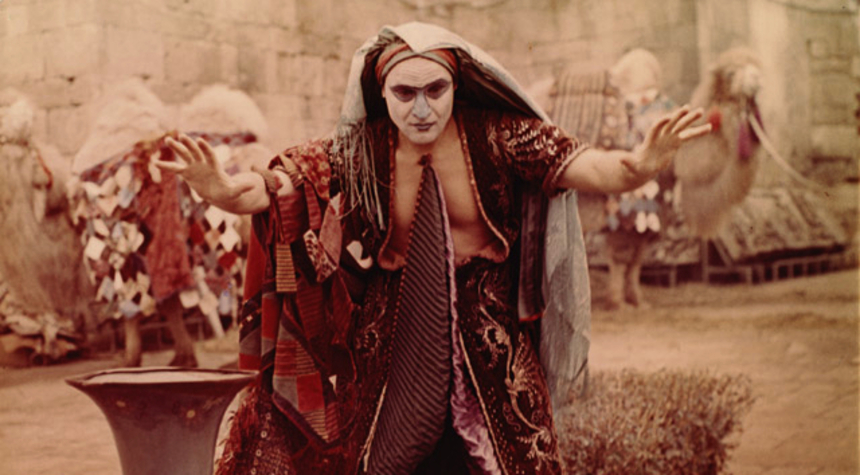 Any New York reader will know that it's always a treat to visit the Anthology Film Archives in the East Village. Starting this Thursday, April 11th and running through June 9th, AFA has a good dozen plus films playing that'll you'll most certainly want to take note of. Peter Gutierrez chimes in on some of the selection for their Middle Ages On Film series, but before he gets going, let me flex my editorial powers a moment more and mention a film he did not see from the series: Marketa Lazarova. Deemed by many film critics and historians to be the best Czech film ever, Frantisek Vlácil's turbulent epic about a bloody feud between a Pagan family and a Christian one is, at the very least, excellent (possibly life altering, or life affirming) cinema that must be seen on the big screen. Of course there's plenty more to marvel at, so take it away, Peter! -- Ben Umstead, East Coast Editor

The Middle Ages, long colonized by posh Hollywood productions that maximize spectacle and romance, are overdue for the kind of re-examination that this ingeniously programmed series provides. And that's not to say that what AFA is doing merits interest only from cinephiles with pointy heads: as a setting, the period is simply tremendous fun. After all, just take a look at the way its elements are frequently usurped by the fantasy genre (LOTR, Game of Thrones); it's almost enough to make you forget how thrilling the real thing is.

Of course that designation of the "real" is problematic, as we're firmly in the territory of legend. That's true whether we're dealing with historical figures such as Jeanne D'arc or those at the center of Richard Lester's Robin and Marion. Regarding the former, both Bresson's The Trial of Joan of Arc and Rivette's rarely-screened multi-part film on the same topic are part of the series, and should be sought out by New Yorkers even if they weren't complemented by so many other goodies in the lineup. What comes to mind in terms of its mix of history, nationalist saga, and outright mysticism is Sergei Paradjanov's Legend of Suram Fortress [pictured], a true revelation for me and a stylistic echo of his better known The Color of Pomegranates. To say that the camera is largely static and that most of the shots are symmetrically composed at middle distance might give the impression that the film is mimicking a theatrical presentation, and that's accurate to some extent. But the way that Paradjanov uses depth-of-field and crams details into every available inch of screen space almost seems to create a new form of simplified, yet powerful, cinema. The overall effect somehow feels as if an artist from the Middle Ages were telling you stories.

An interesting companion piece might be Pasolini's adaptation of The Decameron in that it also leverages still-standing locations and (obviously) spins multiple tales. A reductionist take on the film would simply label it "bawdy" or "profane" (there's a nunnery-set sexcapade that might have offended Buñuel), but Pasolini displays just as much assurance with material that's tragic, even haunting: a scene where a young woman calmly decapitates her already-dead lover is worth the price of admission by itself. Not having read The Decameron myself, it's hard to say whether the film reflects Boccaccio's sensibility, or '60s/'70s mores (there's plenty of male and female nudity), or an artful blend of the two. All I can say is that you might want to use Tarkovsky's somber and beyond-brilliant Andrei Rublev as a kind of chaser.

Finally, and as a bonus, Japan is represented quite well in the series. Although there's not much to say about Sansho the Bailiff or Onibaba that hasn't been said before, I should point out that Shindo's lesser known Kuroneko is unforgettably gorgeous and unsettling. I know there's a Criterion disc of the film, but please, try to catch it on the big screen. You could easily program it in a series of great Japanese films of the '60s, or in one spotlighting all-time classics of Asian horror--that's how wonderful it is.

Click Here for the complete list of titles and showtimes for The Middle Ages On Film at Anthology Film Archives.

Do you feel this content is inappropriate or infringes upon your rights? Click here to report it, or see our DMCA policy.
andrei rublevandrei tarkovskyanthology film archiveslegend of suram fortressonibabathe middle ages