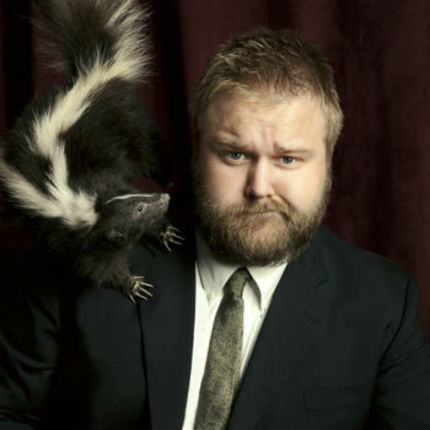 Robert Kirkman, creator of The Walking Dead and Invincible comic book series, among others, is next turning his attention to the world of exorcism.

Currently, the television version of The Walking Dead is enjoying great ratings success in the U.S., where it's broadcast on AMC, and so Fox International Channels, the international distributor of AMC, is partnering with Kirkman on a dramatic series based on his upcoming comic book series on exorcism, according to Deadline.

The series, currently untitled, will be published by Kirkman's Skybound (a sister company to Image Comics, where Kirkman is a partner). Here's a snippet that sounds like the official synopsis from a press release:


Told through the Kirkman prism, the series follows a young man, Kyle Barnes, who has been plagued by possession since he was a child. Now an adult, he embarks on a spiritual journey to find answers but what he uncovers could mean the end of life on Earth as we know it.

Kirkman is also developing Thief of Thieves as a possible series for AMC; that's based on his comic book series of the same name. In September 2012, he indicated that it was in the script stage, so its fate had not yet been determined.

Do you feel this content is inappropriate or infringes upon your rights? Click here to report it, or see our DMCA policy.
Image ComicsRobert KirkmanThe Walking Dead