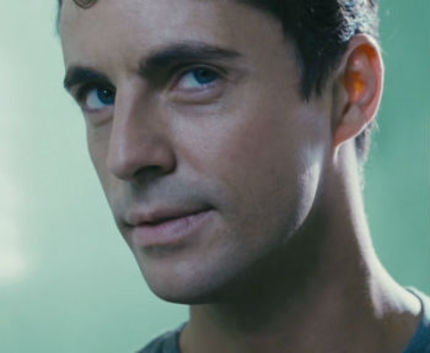 Hollywood is nothing if not a town that loves "coincidental" timing, so it should be no surprise that U.S. premium cable channel Showtimes has announced the casting for its prospective new series The Vatican in the wake of Pope Benedict's recent decision to step aside from his papal responsibilities.

What is surprising is that Ridley Scott will be directing the pilot episode. As far as I can tell from his resume at IMDb, it will be his first work in series television since the late 1960s. He's one of the producers of the series, created by Paul Attanasio, who wrote Donnie Brasco and The Good German, and was a key creative force in the creation of the groundbreaking 90s show Homicide: Life on the Street, as well as a producer on the long-running series House, M.D..

Kyle Chandler, Matthew Goode, and Sebastian Koch will star in The Vatican, which is described as a behind-the-scenes look at the Catholic Church. Chandler will play the lead role of the Archbishop of New York, a Cardinal who is said to be "progressive and enigmatic," while Goode will be the Papal Secretary and Koch will be the "dark prince of the Curia" as the Vatican's Secretary of State is known in the series.

It's an intriguing combination of actors. Chandler has played winning, heroic characters on U.S. TV series Early Edition and Friday Night Lights and smaller, less favorable characters in movies like Peter Jackson's King Kong and Katheryn Bigelow's Zero Dark Thirty. Goode plays a major role in Park Chan-wook's Stoker and currently in BBC TV series Dancing on the Edge. Koch had a great role in the widely-seen The Lives of Others and also appears in A Good Day to Die Hard.

If Attanasio will be running the show, it could become must watch television, but first the pilot episode must be made, and having Ridley Scott at the reins certainly gives it a good shot at getting picked up to series.