Chris Cooper Is Norman Osborn In THE AMAZING SPIDER-MAN 2 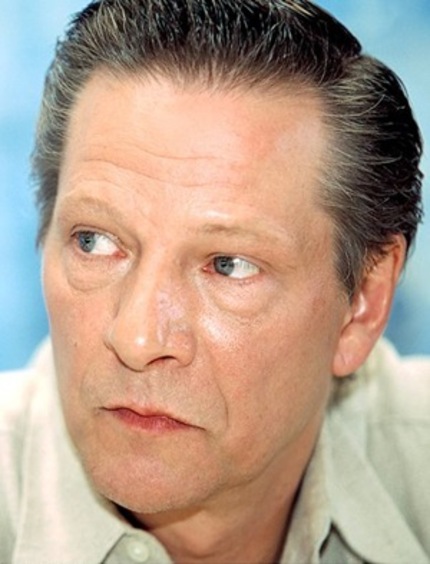 Say what you will about Marc Webb's retooled Spider-Man effort from last summer, the movie was cast extremely well with stars Andrew Garfield and Emma Stone giving some genuine spark to the muddy origin redo. Now the sequel ain't no slouch either in the casting department, making room for Dane DeHaan as Harry Osborn, Shailene Woodley as Mary Jane, Paul Giamatti as The Rhino and Jamie Foxx as Electro. Today you can add to that list Chris Cooper as Oscorp head honcho Norman Osborn, and well... it most certainly appears to be a packed picture. While The Hollywood Reporter (who broke the story) ran with the headline that Cooper would be playing the Green Goblin, it has yet to be determined if he will in fact be flinging pumpkin bombs from a glider this time out or in the third film. Smart money is on numero tres.

As for Cooper joining the cast, I think it's a fine choice for bringing the big and bombastic crazy that will eventually be needed for Osborn's alter ego. As it stands for entrepreneurial tech guru Osborn, Cooper can command a room with a stern gaze like few actors of his generation can. And in case you forget, he also carries a great humanity under that intensity. You gotta look back aways in his career for it proper, but there is no finer example than in John Sayles' Matewan.

So, what say you, dear readers? Is Cooper a welcome addition to Webb's growing ASM mythos? Chime in below the break with a comment!

The Amazing Spider-Man 2 is currently in production and is set to be released in North America on May 2, 2014.

Do you feel this content is inappropriate or infringes upon your rights? Click here to report it, or see our DMCA policy.
chris coopercomic bookgreen goblinnorman osbornspider-man