UK Trailer for Soderbergh's SIDE EFFECTS Spins a Druggy Tale 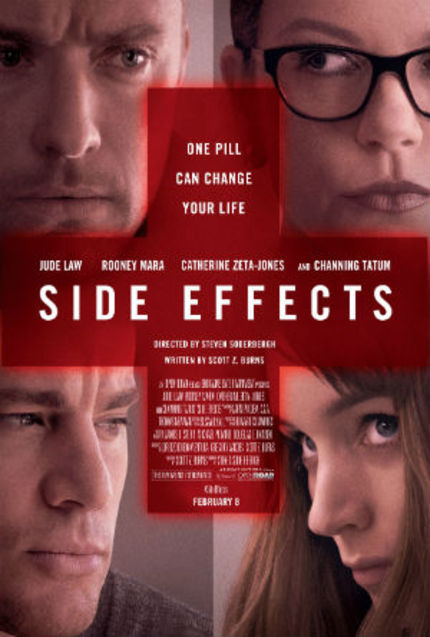 The new U.K. trailer for Steven Soderbergh's Side Effects takes a somewhat different approach than the original U.S. version.

The first trailer focused on the romantic relationship between Rooney Mara and Channing Tatum, which then somehow disintegrates after Jude Law and prescription drugs enter the picture. The U.K. trailer puts Law front and center early -- which makes sense, in view of the target audience -- and pushes Tatum more into the background, with Mara remaining the apparent focus of the story; the role of Catherine Zeta-Jones, who is third-billed, also becomes more clear.

Whichever campaign you prefer, the final theatrical feature of Soderbergh's career holds promise for a commercially-minded picture that will bear the filmmaker's distinctive touch. Side Effects opens in Canada and the U.S. on February 8, and in the U.K. on March 15. You can watch both trailers below.