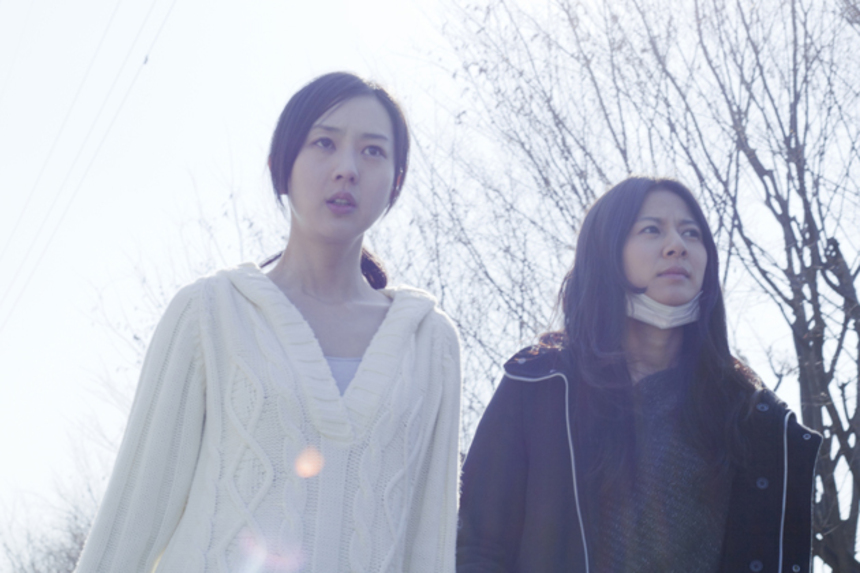 This year the International Film Festival Rotterdam brought its visitors two Japanese features that, like the countless others that have already been made about it, just seemed to explore the earthquake, tsunami and Fukushima Daiichi nuclear disaster from March 11, 2011. Uchida Nobuteru's Odayaka featuring the looovely Sugino Kiki (yes, three o's there!), is one of those features. Luckily, that was just the surface.

An intimate portrait of life, Odayaka brings more to the table than those other 3.11 films and powerfully touches the subject of group pressure in a way that maybe not all non-Japanese people might fully understand. Not that it is incomprehensible (far from it), but simply because it mixes it with something that is somehow embodied in Japanese society; to not express one's true kokorou (heart) about certain things in order not to bother other people. A politeness seen around the world, but the Japanese put it to the max in a way Westerners might not comprehend. Nowadays, a casual "GANBARE!" (Good luck!) is even sometimes considered to be a negative thing, as it might over-pressure people with the need to perform.

Odayaka takes place just after the 3.11 disaster. Unlike other Japanese filmmakers, who often had the urge to directly go into the disaster area and shoot there, Uchida decided to bring something small with Odayaka that explores the internal psychological damage of the disaster. In a Tokyo suburb ("a place of which it was long unsure if radioactivity would affect that area," Sugino Kiki noted to me at the fest) neighbors Saeko and Yukako live their gentle lives. Until March 11, that is, and the two young women, played by Sugino Kiki and Shinohara Yukiko, become very worried about the radioactivity escaping from the Fukushima nuclear power plant. Saeko, who has just been left by her divorce-seeking husband, is extremely afraid her daughter Kiyomi will be exposed to radioactivity, and Yukako keeps on trying to convince her husband to move to a place further away from Fukushima for the same reason. Their anxiety soon turns into desperate paranoia.

This is where the "odayaka" phenomenon kicks in, and Uchida explores a dark side of Japanese society. As the film progresses, erratic mum Saeko is tormented by the other moms at the daycare center. They tell her she is only thinking of herself, and ask her how in the f*cking hell she could be so immensely selfish. How could she inflame other people's anxieties and disturb their "Odayaka na Nichijo"? (That is the film's full Japanese title, which roughly translates as "calm daily life" and ironically expresses the Japanese way to keep silent so as to keep things calm and gentle.)

One of the more generous moments of the film in this regard is when Saeko again goes to daycare to take action on the risks of her daughter Kiyomi getting exposed to radioactivity. One of the other moms is now also taking action on the possible risks, but doesn't dare to show it. "This was the person I could relate the most to," Sugino told me when I met up with her at the press room of the fest. "Actually, this is the way quite some other Japanese feel as well. They have certain emotions, but do not dare to express them." Uchida has a different view on things and takes up arms against Japan's collective silence that acts as if everything is under control. Why don't others express their true feelings, even if these are heavy emotions like shouting or crying?

As Saeko further investigates the risks of radioactive contamination, the depth of her paranoia comes into focus, climaxing in an attempted suicide. Shot simple and handheld, Uchida succeeds in drawing out this part of the film realistically, with an important convincing and emotional role by Kiki Sugino, giving Odayaka something of a confusing vibe. How could this all happen? Why wouldn't people support them?

Odayaka should be commended for having the balls to see its message through to the end. I recently heard a song called "We Are What We Hide," and it is this that I applaud director Uchida for exposing. Especially as "discussing this subject is quite a taboo in Japan and because of that it wasn't easy to find financing for the film," as Sugino also told me.

A film that is quite recommended, so watch it when you have the chance. 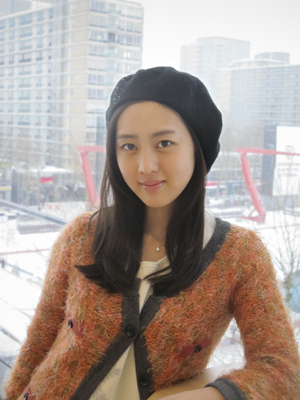