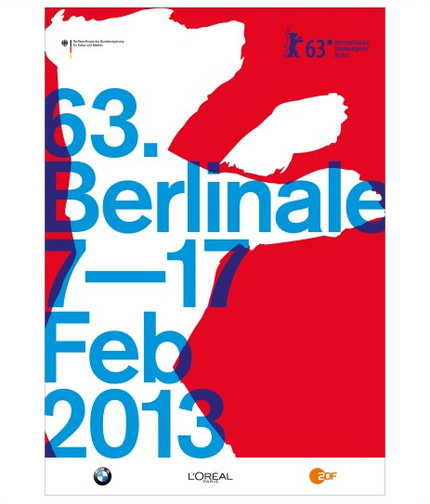 Most festivals send out one or two line-up announcements at most -- but not Berlinale. Perhaps they are worried that their insanely huge lineup would be too overwhelming in one press release, or perhaps they just get very excited every time six more films are confirmed. Regardless, every other day for the last two months, I've received an announcement of some sort listing a partial program of films for one of their many sections. But now, the entire lineup is finally upon us!

And so, rather than leaving you to comb through trade articles of piecemeal data, I present below the entire list of films in the festivals Competition, Forum and Panorama sections. Beyond that, I'm afraid I can't be of much help sorting it all out, as that's probably what I'll be spending my nights doing in the three weeks leading up to the festival. I can tell you that there is some new work from very notable directors (Sangsoo Hong, Bruno Dumont, Bille August, Ulrich Seidl), some intriguing titles (Naked Opera, Killing Strangers, To the Wolf) and a nice selection of films that have already screened which I haven't gotten a chance to see (The Grandmaster, Upstream Color, Dark Blood, Before Midnight). Other than that, if any lesser known names or titles jump out to any readers, please post them in the comments so I can put them on my radar!

As in the last installment of Euro Beat, The Hobbit is still owning Europe. More precisely, it held the number one spot again in Austria, Belgium, Finland, France, Iceland, Netherlands, Norway, Poland, Sweden. Meanwhile Portugal and the U.K. went to Les Miserables and Spain gave Jack Reacher the number one spot. Finally, in Italy, Playing for Keeps was the reigning champion. I feel like its popularity is somehow connected to Berlusconi's resurgence, but am having trouble putting my finger on exactly how...

The only country which couldn't make time for American blockbuster imports was Germany, who has their own local blockbuster on their hands. The comedy Schlussmacher, which is about an employee at a professional agency that helps couples break up who gets assigned to assist his own parents with their separation, took the number one spot with $4.6 million. It only barely beat The Hobbit, but given that it's playing in half as many theaters, its still quite a feat.

In France, the Luc Besson-scripted romantic comedy A Prince (Almost) Charming opened softly, taking in $0.8 million. This gross could be due in part to its totally offputting poster, but I'm just speculating here. On the other hand, the French buddy-cop comedy The Other Side of the Periphery with Omar Sy is still going strong, having now earned around $14 million.

Do you feel this content is inappropriate or infringes upon your rights? Click here to report it, or see our DMCA policy.
Berlin Film FestivalBerlinaleEuro BeatEuropean FilmEuropean Film News