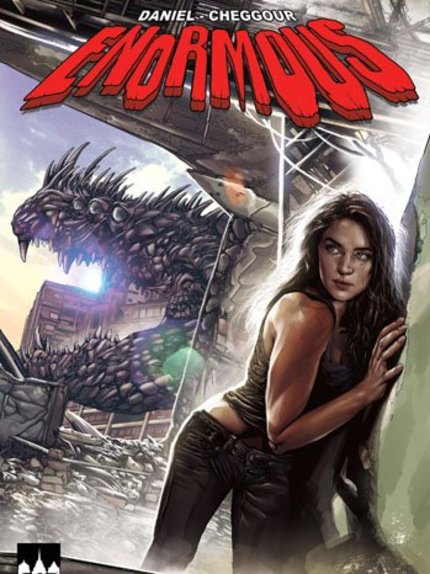 Andre Ovredal doesn't think small. The Norwegian director burst on to the international stage with Trollhunter, a found footage style film that brought the folklore creatures to the big screen in spectacular fashion. And international hit, Trollhunter's success led to Ovredal fielding a number of offers for big Hollywood films - he's currently attached to the Chris Columbus produced Carpe Demon - and he's clearly aiming for one of the biggest with his upcoming project.

Ovredal has teamed with Hitman producer Adrian Askarich to create a massive transmedia adaptation of graphic novel series Enormous. The story of an Earth ravaged by giant monsters, the duo plan to bring Enormous to screens of all sorts, with the plan including an online web series, a television show and a feature film, all coordinated to tell the entire story.

Transmedia is clearly a buzzword in Hollywood these days but, as Ron Howard's struggles to get The Dark Tower going prove, coordinating across platforms can be remarkably difficult and with no studio backers on board the project yet it could be a very, very long time before any of this actually happens.

Do you feel this content is inappropriate or infringes upon your rights? Click here to report it, or see our DMCA policy.
Steven BrandErica GimpelCeren LeeAction