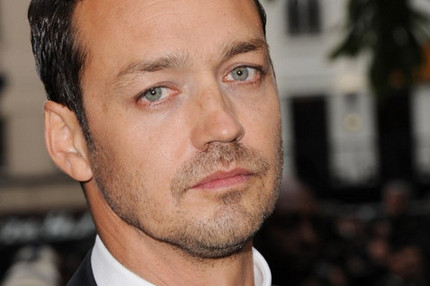 Director Rupert Sanders poses an interesting conundrum for the suits at Universal Pictures.

On the one hand, Sanders turned in a successful debut picture for Universal with Snow White And The Huntsman, a film that may not have been a massive blockbuster success but certainly turned a tidy bit of business for the studio and teed up what could very well end up being a successful franchise. Clearly Sanders is someone Universal wants to keep in the fold.

But then, on the other hand, there is Sanders' well publicized dalliance with Snow White star Kristen Stewart. And while it is nearly impossible to separate truth from pure gossip on that front when it comes to the sequel / spinoff, who will and won't star, who will and won't direct, and - more to the point - why people will or won't star or direct, what has become very clear is that the whole Snow White franchise has become a little bit toxic as long as Sanders is attached to it.

So, what to do? You're a studio with a director who has proven himself to be a sound investment but who also carries a whole whack of baggage with him should he continue along his original path. The answer is simple: Having already proven that he can revise and revitalize one classic literary figure, let him do it to another.

Twitch has learned that Sanders and Universal have engaged in some early and still relatively casual conversations about Universal's upcoming Van Helsing with the sides expressing a mutual interest in doing the project with one another. Tom Cruise is attached to both produce and star as the titular vampire hunter in the Roberto Orci and Alex Kurtzman penned story. Cruise is currently filming All You Need Is Kill with Van Helsing a strong possibility to be his next project after that, meaning Universal need to lock down a director fairly quickly and this would certainly seem to play to Sanders' skill set while also allowing a bit of breathing space for the director before the Snow White spinoff that he is rumored to be directing.