So, So Many Sexy (Trailer) Things on THE TO DO LIST 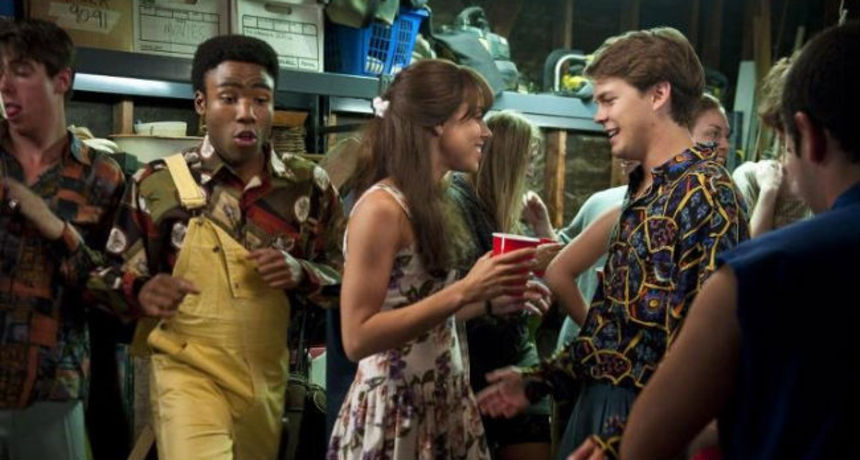 "So many jobs ..." Have teen sex comedies worn out their welcome? Maybe so -- from the male perspective, which is why The To Do List stands a chance of providing a fresh look at the battle for high school sex.

Maggie Carey directs from her own original script, originally titled The Hand Job. The script landed a coveted place on the Black List (best unproduced screenplays, as determined by studio insiders), and eventually led to the film getting a finance and distribution deal from CBS Films. The company has a spotty record so far, but announcing a release date -- Valentine's Day, February 14, 2013 -- and making the first trailer available months in advance is a good step in the right direction, as far as raising awareness for a movie with a cast drawn mainly from TV sitcoms.

Aubrey Plaza (Safety Not Guaranteed, Parks and Recreation) stars as a recent high school graduate whose friends encourage her to gain every possible kind of sexual experience before starting university in the fall. So she makes a list, and the NSFW dialogue begins ...

The film also stars Rachel Bilson, Bill Hader (Carey's husband), Andy Samberg, Scott Porter, Connie Britton, Clark Gregg, Christopher Mintz-Plasse, Donald Glover (the great dancer in the photo above), Johnny Simmons, Sarah Steele and Alia Shawkat. Check out the trailer below, which is framed by the lovely Ms. Plaza explaining why The To Do List is not like other Valentine's Day movies.

Do you feel this content is inappropriate or infringes upon your rights? Click here to report it, or see our DMCA policy.
Maggie CareyAubrey PlazaJohnny SimmonsBill HaderAlia ShawkatComedyRomance