Ron Perlman is One Ugly Lady in First Teaser for 3,2,1... FRANKIE GO BOOM 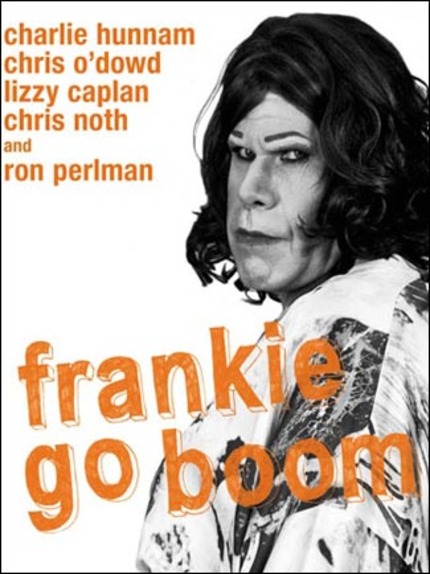 It only takes a minute of footage to get a pretty good idea of what kind of comedy will be on display in Jordan Roberts's SXSW feature 3,2,1... FRANKIE GO BOOM (previously titled minus the "3,2,1...") when it hits theaters this fall. Charlie Hunnam, Chris O'Dowd, Lizzy Caplan, Ron Perlman and Chris Noth star in the wacky film about a couple of brothers and a girl in the middle. From the press release:

Description: a flik by bruce about his little brother frank who's a crybaby fuck who shudnt do lame-ass emberrissing shit if he doznt want people 2 see it on the internet.

Translation: Frank Bartlett has been tortured, embarrassed and humiliated by his brother Bruce - usually on film - his entire life. Now that Bruce is finally off drugs and has turned his life around, things should be different. They are not.

Gravitas Ventures is putting out the film on pre-theatrical VOD on September 10th and Variance will take it to theaters October 12th.