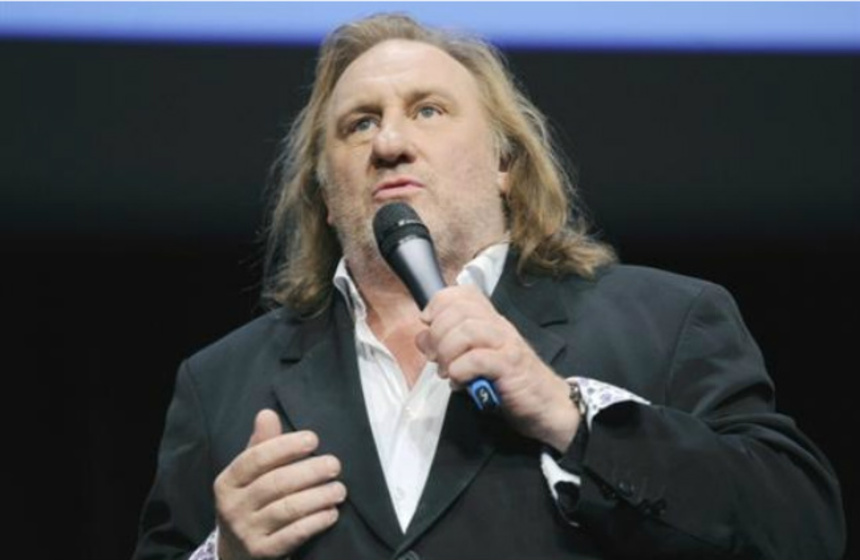 After confirming the mind-blowing news that he will be playing Dominique Strauss-Kahn in an Abel Ferrara-directed film chronicling the French politician's rape scandal, actor Gèrard Depardieu recently shared some blunt insight into his interpretation of the character. To wit:

"Because I don't like him, I'll do it," said Depardieu to Swiss Radio Television (RTS). Having said that, the actor then went to town on both Strauss-Kahn and also almost everybody in France. "I think he's a little like all of the French, a bit arrogant. I don't like the French very much...He's very French, arrogant and smug, so he's playable."

He went on to add that it wasn't Strauss-Kahn's compulsions that bothered him, but "the way he walks around with his hand in his pocket," which, taken idiomatically, goes back to arrogance. He'll be playing in Ferrara's film opposite Isabelle Adjani, and if this doesn't excite you, it's probably time you watched Andrej Zulawski's insane masterpiece, Possession.

In other news that confirms Depardieu has absolutely nothing left to prove, the actor showed up at a rally to endorse French right-wing candidate (and current president) Nicolas Sarkozy. But lest you think the actor who just said he didn't even like French people is going to read some publicist-penned endorsement, just get a load of this quote:

"Every time I ask Sarko to do something, he has responded straight away. When I had problems with one of my foreign businesses, he did everything he could to solve the problem straight away. When I call him, he calls me back within a quarter of an hour. He's the president of the republic, I'm just an actor, and he rings me straight away. He's extraordinary."

So there you have it -- Nicolas Sarkozy: Committed to labor reform, tough on immigration, and prompt about returning Gèrard Depardieu's phone calls.

Meanwhile, Serbian cinema is courting controversy again, but this time the film in question is a feel-good dramedy rather than an ultra-violent kid-rape free-for-all. It seems that the Catholic Church does not approve of Parade, a farce about a gay couple trying to hold a gay pride march in Belgrade, which won several awards at Berlinale. Not too surprising or even problematic, except that the church owns a major movie theater in Dubrovnik, Croatia, and is refusing to play the film. According to the website of the local diocèse, "The theme is contrary to the position of the Catholic Church on homosexuality."

Despite this condemnation in a mostly Catholic country, the film is still doing quite well at the box-office in the Balkan region, and the mayor of Dubrovnik says the film will play in a municipal building after construction finishes in three weeks. Still, while we continue to bemoan the inconsistent and often unfair standards of the MPAA, let's all take a moment and appreciate the fact that at least no major religions own any movie chains in the United States.

In brighter news, the UK has named Benjamin Roberts, current CEO of Protagonist Pictures, as head of the British Film Institute Film Fund. Seems like a promising choice, since, having overseen the release of films like Kill List, In the Loop and Tyrannosaur, Roberts likely won't shy away from challenging or edgy material. In other British film-funding news, Creative England is now accepting submissions for their low-budget film initiative, Ifeatures 2. The project, in partnership with BBC and the BFI film fund, will support development and production of three features set in England, each with a budget of less than £350,000.

At the box office, several locally-made films bested American blockbusters in Europe this week. In Denmark, Hvidsten Gruppen, which somehow translates to The Village: One Family's Sacrifice will let a Country Live in English, took the top spot with a respectable 1.2 million dollar gross. Based on a true story, the movie follows a family of innkeepers who take up arms against the Nazis during the Denmark occupation. In France, poster controversy couldn't keep The Players down - The raunchy comedy with Jean Dujardin sold the most tickets for the third week in a row, bringing its total gross to around $13 million (and growing). And, in completely unsurprising news, Germany still loves The Intouchables, which has now grossed over $60 million since opening there last month.

John Carter took the number one spot in nearly every other country, but, unfortunately for Disney, this doesn't amount to much financially without France and Germany in the picture. It pulled in a decent $3.1 million in the UK (which is still less than it took at the number two spot in France), but most of the other countries it won weren't so robust. So while it sounds nice to note that the troubled film finished first place in the UK, Belgium, Greece, Hungary, The Netherlands and Norway, the picture is less impressive when you consider that in, for example, Belgium, the number one spot means a take of less than $1 million. But who knows, maybe it can hold on... as long as The Intouchables doesn't expand to any other countries.

WHEN I CONSUME YOU: Yellow Veil Pictures to Handle English-Speaking World Sales