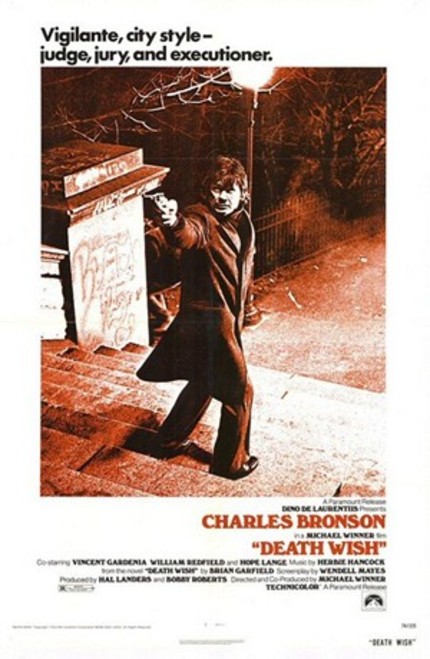 It's as clear a case of cause and effect as can possibly be imagined. After winning the weekend with 70s style throwback The Grey, director Joe Carnahan has reportedly been signed up to write and direct a remake of 1974 Charles Bronson starring vigilante picture Death Wish.

The original long running series was so iconic that it is far and away the role that Bronson is most associated with despite his long and varied career.

MGM and Paramount are backing the new version which will be produced by Jules Daly (The Grey) along with Ridley and Tony Scott's Scott Free Prods.
Tweet Post Submit