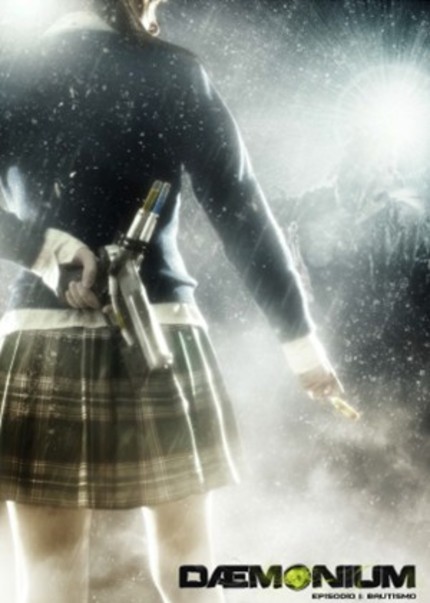 Despite his relatively young age director Pablo Pares is, in many ways, the godfather of the current wave of genre film coming out of Argentina. When just eighteen years old Pares released his debut feature, the splatter heavy Plaga Zombie, and he was off to the races. Pares has directed eight other features in the last ten years - his Zona Mutante and 100% Lucha have both been covered here in ScreenAnarchy - all of which bear his distinctive genre bending stamp.

The story of Daemoniun is set in an alternative universe, where technology and magic co-exist like humans and demons do too. Thought as a series of 5 chapters,in Daemonium we see Razor`s evolution ( who is going to be the visible face of a dystopian government that only seeks for a final war against hell), Rebecca`s deliberations ( who during all the series will doubt about all she always believe in) and the birth of a new hero placed by Fulcanelli (who will end up in Razor`s way and his conquests, and will have to face his destiny).

The first episode of Daemonium is online now and available for viewing below. Hit the cc button for English subtitles.