Brotherly Love With An Axe In COTTAGE COUNTRY 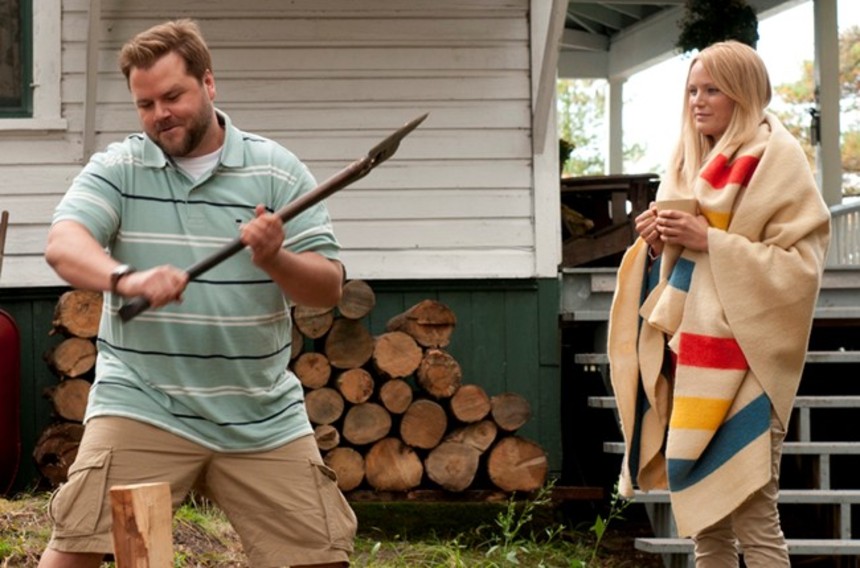 Todd (Labine) wants everything to be just perfect at the family cottage where he plans to propose to Cammie (Akerman). But things go awry with the arrival of Todd's slacker brother Salinger (Petronijevic) and his free-spirited girlfriend Masha (Punch). When Todd accidently dispatches his irksome sibling with an axe, Cammie is determined not to let murder stand in the way of their happiness.

The producers on this were also involved in Jason Eisener's Hobo With A Shotgun so they're clearly not afraid of a little bloodletting though I wouldn't expect this one to get nearly so dark.